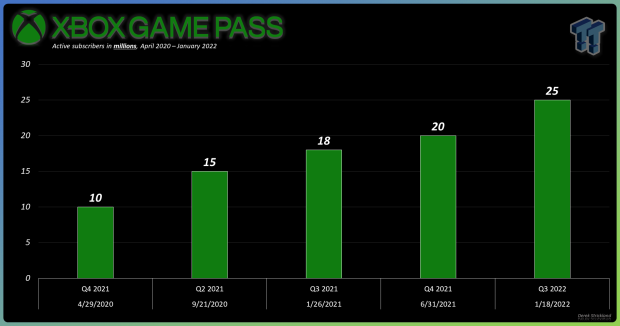 Microsoft is buying Activision-Blizzard for $68.7 billion, the largest acquisition in video games history. Nestled in the press release announcement was an update on Xbox Game Pass subscription numbers. Game Pass is now at 25 million subscribers, up a thunderous 150% over nearly two years.

“The acquisition also bolsters Microsoft’s Game Pass portfolio with plans to launch Activision Blizzard games into Game Pass, which has reached a new milestone of over 25 million subscribers,” the press release reads. 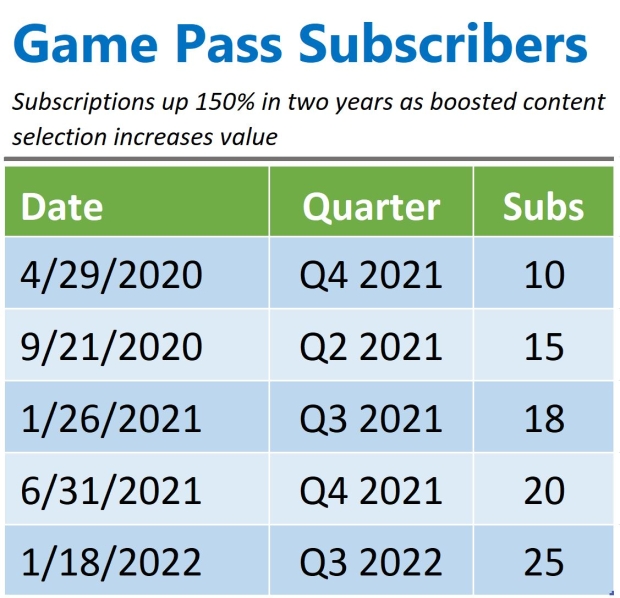 Content is the main impetus for Microsoft’s massive near-$70 billion share buyout proposal. Activision-Blizzard has some of the most lucrative entertainment properties on the planet with Call of Duty, Overwatch, and Warcraft, all of which will supercharge Game Pass subscription value. Over the last two years Microsoft has brokered tremendous deals for its Game Pass service including hosting games like GTA V, one of the best-selling games of all time, and grown its first-party day-and-date releases.

“With Activision Blizzard’s nearly 400 million monthly active players in 190 countries and three billion-dollar franchises, this acquisition will make Game Pass one of the most compelling and diverse lineups of gaming content in the industry.”