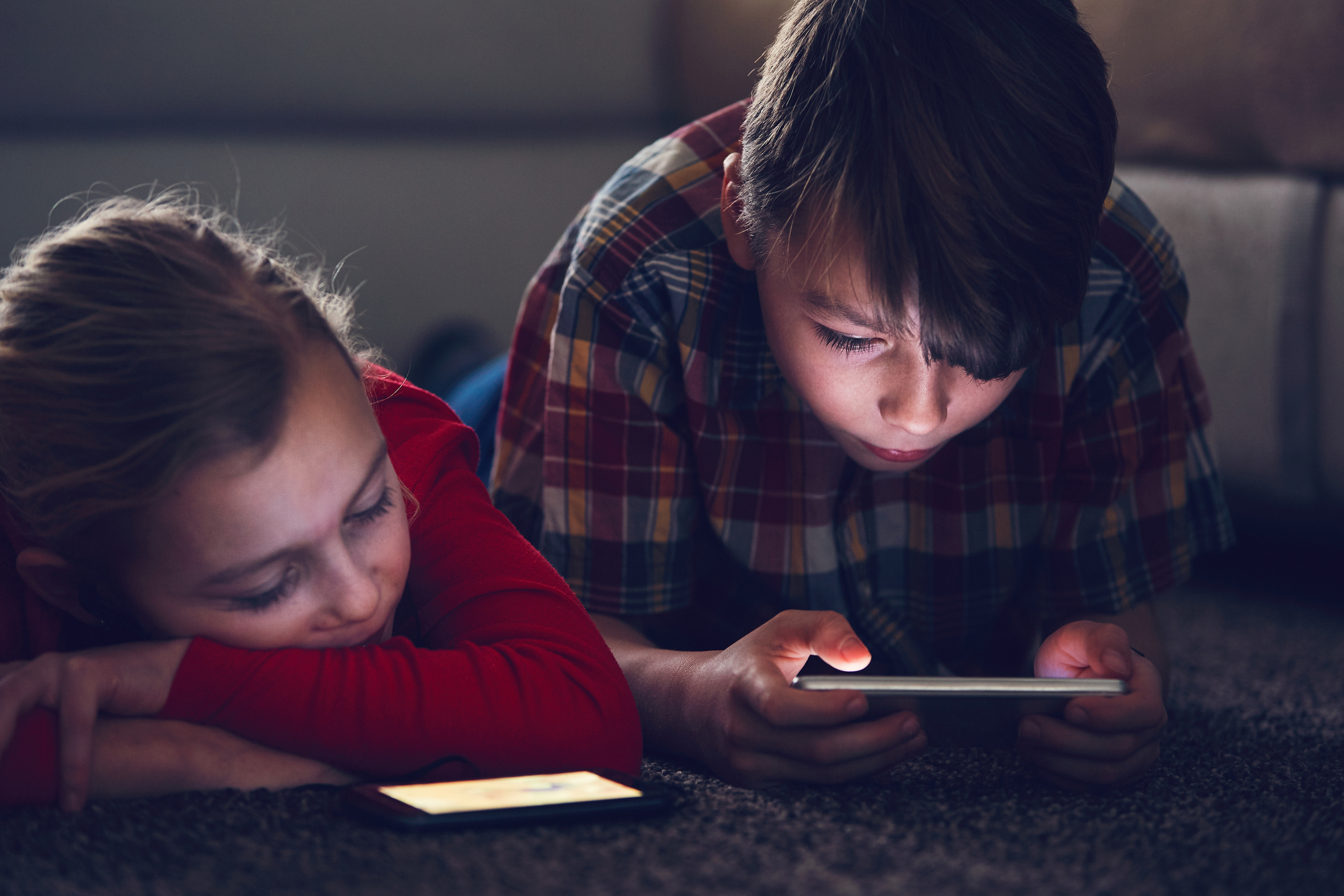 Shares of Roblox (NYSE:RBLX) plunged 36.2% in January, according to data provided by S&P Global Market Intelligence. The S&P 500 also had a bad month, falling 5%. However, Roblox stock has been in a free fall ever since the Federal Reserve announced changes to its fiscal policy in November 2021. As a result, analysts lowered expectations in January. And Roblox stock has continued falling in February due to a short-report with some disturbing allegations relating to the safety of children, which Roblox’s management strongly disputes.

Over a single year (a short time horizon), a stock’s valuation was the primary driver of stock performance, according to a study of stocks from 1990 to 2009 by Boston Consulting Group. In other words, if a stock does well over a short period of time, it’s likely because its valuation simply got more expensive and vice versa.

That’s certainly been true of high-growth stocks since the start of the pandemic — valuations have generally soared. However, in November the Federal Reserve said it was tapering asset purchases. And in December it said it was likely raising interest rates in 2022. Both announcements whacked pricy stocks like Roblox. 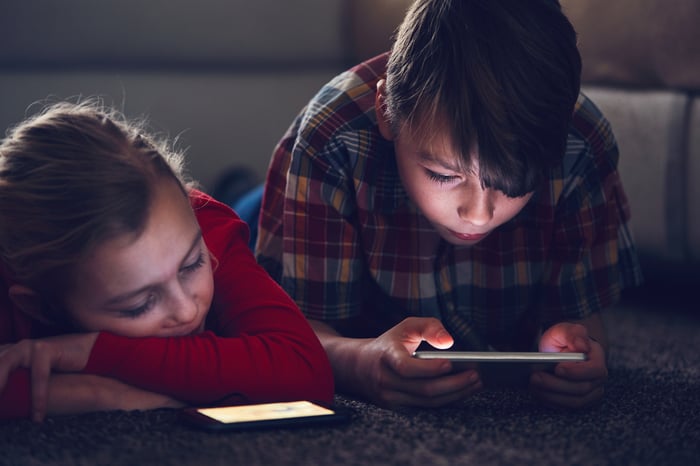 Roblox stock is down more than 50% from its high, including the 36% drop in January, mostly because the market is now giving it a cheaper valuation (called “multiple contraction”). However, to be clear, most investors still wouldn’t consider Roblox stock necessarily cheap. It trades at a price-to-sales (P/S) ratio of around 21, even after its big stock-price drop. This is still considered overvalued by many.

However, if you liked Roblox stock at its highs, you should be more bullish on it after a 50% drop, right? Oddly enough, Wall Street analysts typically send the opposite message. For example, Stifel analyst Drew Crum lowered the price target for Roblox stock from $134 per share to $110 per share, according to The Fly. This came on Feb. 1, after its big 36% drop in January. For context, the price target was raised to $134 per share in November when Roblox was reaching its all-time high.

The practice of raising the price target when a stock is going up and lowering the price target when its going down isn’t unique to Crum. This is actually pervasive on Wall Street and underscores how much sentiment and valuations drive stock performance in the short term. Long-term investors, therefore, shouldn’t be too worried about what happened in January with Roblox. 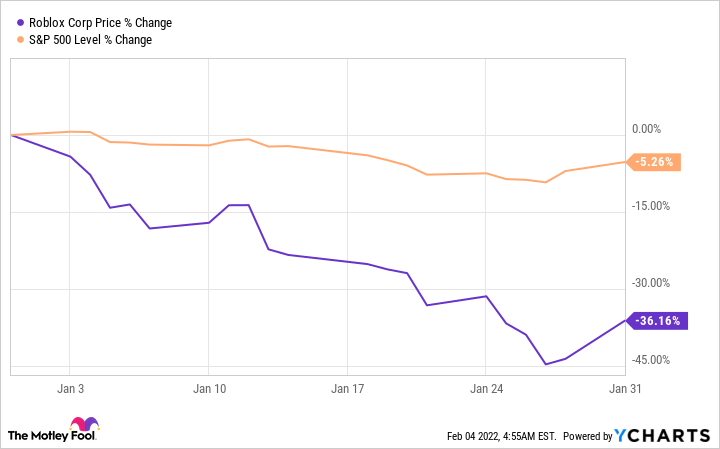 As previously mentioned, Roblox stock is falling in February due to a short report from The Bear Cave. If you search for the report on Substack, be forewarned: The report purports pedophile activity on the platform with images to support these allegations.

Roblox reports financial results on Feb. 15. How the company addresses safety concerns will be important. To be fair, the internet has many dark corners and all platforms are vulnerable to criminal activity, not just Roblox. However, this broader reality doesn’t absolve Roblox from a continuous obligation to provide a safe platform for the 47 million people — many of which are children — who use it everyday.

However, that’s not to say that Roblox isn’t already providing that safe platform. To the contrary, it claims it is. Responding to a request from Benzinga, a Roblox spokesperson said The Bear Cave’s report “presents a wholly misleading, false, and irresponsible picture of how our platform and company function and ignores 17 years of safety.”