Call of Duty esports knows how to turn small moments into drama and comedy.

OpTic Texas’ Anthony “Shotzzy” Cuevas-Castro’s unintentional usage of an attachment – the F8 stabilizer – on his MP40 that pros don’t want in Call of Duty League play was just the latest example. That’s called a gentleman’s agreement (GA) among pros, and Cuevas-Castro’s gaffe was immediately made into meme fodder across Twitter, Reddit and other platforms.

Cuevas-Castro’s situation, which ended up not being too big of a deal in the grand scheme of things because OpTic Texas had a dominant weekend regardless, brings up an important conversation:

What’s the difference between a gentleman’s agreement and a hard Call of Duty League ban? Because it can be confusing, and there could be steps to make it more digestible to eliminate violations. Shotzzy was not the first to break a GA and will not be the last.

There are items and weapons that are hard banned in the Call of Duty League playlist. OpTic Texas AR player Brandon “Dashy” Otell gave an example: the Frenzy attachment on the Automaton.

“It’s just completely banned and you can’t even use it,” Otell told The Dallas Morning News after his team’s 3-1 win over Boston on Sunday. “There’s an exclamation point on it basically saying that it’s a restricted item in the playlist.”

A CDL ban is mostly reserved for weapons, attachments and equipment that are clearly broken at the professional level. Frenzy is one of them.

“You kill one guy and you are full HP again. It’s so stupid,” Otell said. “I would love it, trust me. Bocage? Give me that.”

Any individual who owns Call of Duty: Vanguard can see what this looks like by loading up ranked play in the game, because there are the orange exclamation points next to unusable items like Otell mentioned.

But a gentleman’s agreement is something pros themselves decided might be too strong or force unenjoyable gameplay. There was a lot of talk about snipers being GA’d before the start of the season because smoke grenades were also GA’d. Pros eventually decided to keep snipers in the game because they offer exciting gameplay.

In the case of Shotzzy’s blunder, that was in no way punishable by the league. Other teams could refuse to scrimmage OpTic Texas because of it, but even that is unlikely because the mistake was unintentional and Cuevas-Castro quickly apologized.

“Even the whole attachment gate with Shotzzy, I didn’t know. I play the game but I’m not looking at the muzzle of the gun he’s using and that’s not something I pay attention to,” Lussier said. “It’s such a small thing I’m doing on a daily basis. I know the GAs and I know what we play with, but it’s not really my concern to be honest.”

To avoid another attachment gate, it could be beneficial for the CDL to set up its ruleset to include GA’d items. Patrick “ACHES” Price, Ex-Call of Duty pro and co-host of The Flank podcast, suggested that would be possible.

This would eliminate any chance of another mistake in the future, and make GA’s more understandable for a casual audience. 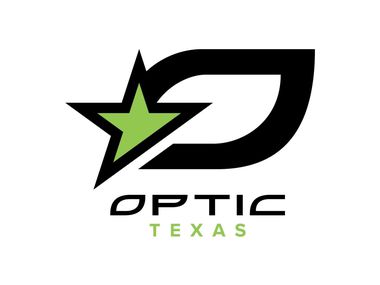