Minecraft: Education Edition is an excellent tool that allows teachers worldwide to instruct their students in the game’s hands-on medium.

Applying the user-friendly features of Minecraft, Education Edition allows instructors to host classroom sessions and bring students into a game world where they can set limitations and guide them. Although this version of the game is geared towards education, it is derived from Bedrock Edition’s codebase and shares many of its features while retaining some of its own.

Overall, Education Edition focuses on STEM-related subjects such as chemistry and coding.

Despite its origins in Bedrock Edition, Minecraft: Education Edition has unique features that truly set it apart from its base version. The most notable of these features is the extensive chemistry mechanic.

With new blocks such as the material reducer and element constructor, players can form elements found in the Periodic Table and break down in-game blocks to form them. These elements can then be utilized to craft exclusive items known as chemical compounds, some of which can be made into items such as glow sticks or balloons.

Another significant aspect of Education Edition’s STEM focus is coding. The game introduces a new mob known as the agent. Players can program the mob to perform various tasks by using a visual interface to code it.

By using a peripheral program known as Code Connection, instructors can teach their students multiple compatible programming languages. Thanks to integration with code editors such as Code.org, Tynker, and Microsoft MakeCode, Code Connection allows students to learn programming basics in a simple and visual environment. 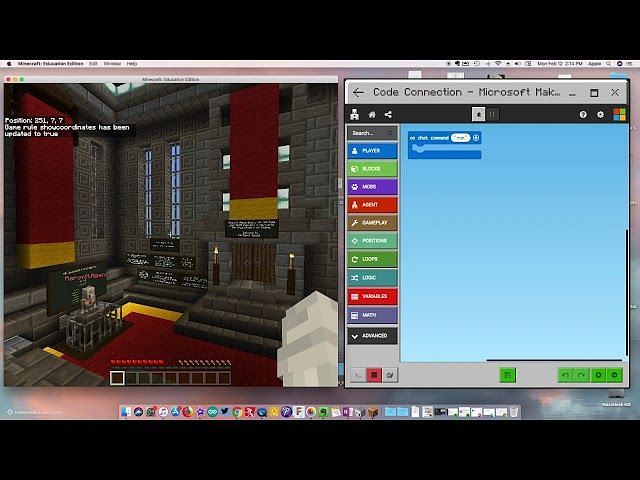 Although Education Edition is geared towards the classroom environment, Bedrock Edition players can now enjoy many of its features.

By entering their settings and toggling Education Edition’s slider, Bedrock Edition players can experience chemistry, coding, and more without any purchases.

Minecraft: Education Edition may not be for everybody. However, it has proven to be incredibly valuable in academia due to its ease of use and its ability to bring educators and students together within a virtual learning environment.