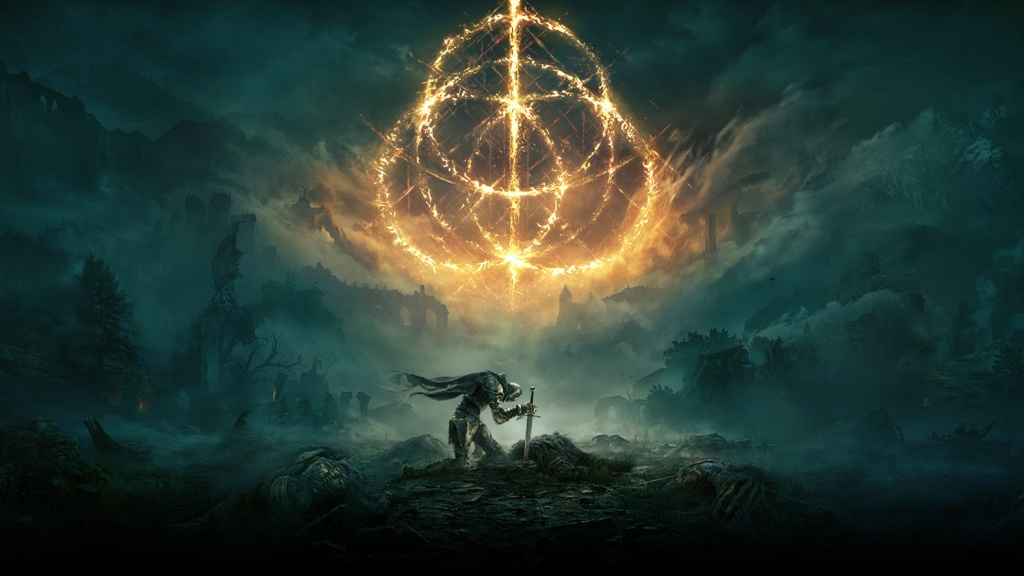 So, all of your friends are obsessed with Elden Ring, but you have no idea what it is, huh? Worry not, foul Tarnished. We’ll have you battling eldritch monstrosities and crafting the finest steel in no time.

What is Elden Ring?

Elden Ring is a dark fantasy action role-playing game (RPG) by FromSoftware, creators of the wildly popular Dark Souls series. It quickly shot to the top of many “most anticipated” lists upon reveal at E3 2019, mainly due to Game of Thrones author George R.R. Martin’s involvement. Yup, instead of finishing The Winds of Winter and A Dream of Spring, Martin went off to work on video games for a bit — much to the chagrin of book nerds everywhere.

That’s the elevator pitch for Elden Ring, and we’ll get into more detail later, but first, let’s talk about the critical reception! To put it bluntly: Elden Ring is one of the best video games of all time by most quantifiable metrics. Look at the sea of perfect review scores from various outlets below to see what we mean.

With this guidance in mind, undertake a new journey with us, Tarnished.

GLHF’s Kirk McKeand was similarly glowing in his review for Elden Ring right here on ForTheWin.

“Elden Ring’s world is intimidatingly vast,” McKeand said. “But despite spending all this time crunching through it for review, I can’t wait to go back and see more of it unfurl.”

It may not sound like a high compliment, but trust us — when you’ve just spent 50 hours or more on a video game for review, you usually don’t want to sink any more time in unless it’s incredible.

Now let’s get into a bit more about FromSoftware, George R.R. Martin’s involvement, and how you can start playing Elden Ring.

Though shattered, it shall guide thee. Though fractured, it yet calls. Enact thy will. Become Lord. Seek the Elden Ring.

FromSoftware is a Japanese video game studio responsible for titles like Bloodborne, Sekiro: Shadows Die Twice, and the Dark Souls series. While FromSoftware has been making games since the mid-1990s, it became particularly well-known once Demon’s Souls came out in 2009, arguably Elden Ring’s progenitor. Demon’s Souls quickly became a fan-favorite due to its brilliant level design, wonderfully esoteric storytelling, and bone-crushingly challenging combat — that last part is key when discussing where Elden Ring’s hype came from. Many gave Demon’s Souls heaps of praise for being tough yet rewarding, like classic Nintendo Entertainment System titles like Contra or Battletoads.

With each major release after Demon’s Souls came out, FromSoftware’s notoriety and prestige grew, culminating in Elden Ring.

Years in the making, ELDEN RING was released last week, and has been taking the gaming world by storm….https://t.co/ANCmJ3V3sQ pic.twitter.com/VMyeXOlN31

Martin co-wrote much of Elden Ring’s world with director Hidetaka Miyazaki. The two couldn’t be more different in terms of how they tell stories, though. Martin is known for meticulously detailed plots, while Miyazaki likes to leave lots up to fan imagination. In an interview with The New Yorker, Miyazaki explains how he had place specific limitations on Martin so that FromSoftware’s design was still core to Elden Ring’s story.

“In our games, the story must always serve the player experience,” Miyazaki said. “If [Martin] had written the game’s story, I would have worried that we might have to drift from that. I wanted him to be able to write freely and not to feel restrained by some obscure mechanic that might have to change in development.”

Later in the interview, Miyazaki explains that he and Martin became good friends while working on Elden Ring despite the language barrier and age gap. Greatness recognizes greatness, you know?

Much has changed in the Lands Between since the days of your banishment, Tarnished. Come and learn what awaits you on the path of grace.

This part is easy. The good news for you is Elden Ring is out now on PS4, PS5, Xbox One, Xbox Series X/S, and PC via Steam. Take heed, would-be adventurers, as Elden Ring is quite tough at points. Thankfully for you, GLHF has oodles of helpful guides that would make galavanting about the Lands Between a breeze, such as:

There are loads more, too. Check out our complete Elden Ring walkthrough for starters.

That about does it. Now go forth and partake in escapades worthy of song!

Written by Kyle Campbell on behalf of GLHF.

Elden Ring tips: 11 tricks to lord it over your enemies