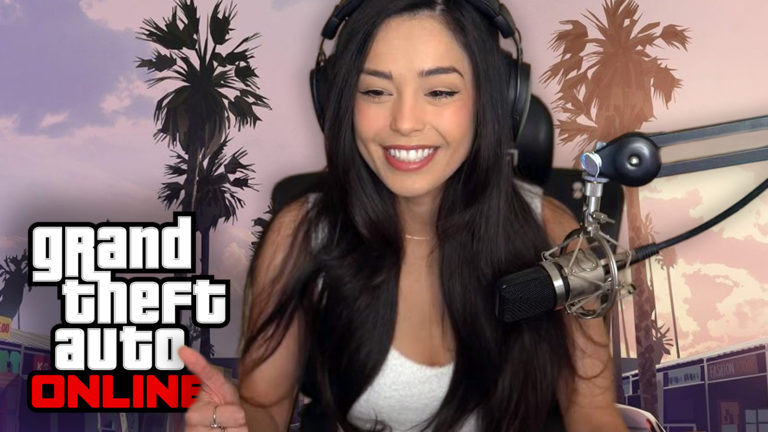 
The virtual world of GTA roleplaying has totally taken over Valkyrae’s life in the last few weeks, and that’s actually okay for the streaming star—her adventures in the land of NoPixel 3.0 have spiked her popularity on YouTube in a big way.

Valkyrae has flirted with GTA roleplaying in the past, originally creating her “Ray Mond” character before a stint as “Kyrae Val” on the now-famous NoPixel 3.0 server.

In the beginning, the 100 Thieves co-owner was “making herself” join the roleplaying universe built in GTA Online. She would play with friends like Sykkuno and Fuslie, and avoid the game if they weren’t online. All that’s now changed in early 2022, however, with the YouTuber now “totally addicted” to roleplaying.

Valkyrae’s addiction has even become so extreme that it’s all she does now, on-stream and off: “I’m streaming GTA, watching GTA streams, dreaming about GTA, listening to GTA music on the way to meet GTA friends, then streaming GTA again.”

The 30-year-old claims it’s “becoming a problem,” but that’s not totally true. Valkyrae’s YouTube fans may not be used to her playing GTA day in, day out, but they’re embracing it. Since the start of her NoPixel “addiction,” the star’s stats have blossomed. Her watch hours are up, she revealed on Feb. 22, even cracking 200,000 for her most recent “Ray Mond” stream, a seven-hour outing.

“I love seeing so many people enjoy [the streams] like a TV show,” she said. “I feel so accepted in this community and excited to keep getting better. Thank you!”

That’s all in the past now, she says: “The difference between now and last time I played GTA is I’ve made so many friends now. I’m more comfortable. Last time, I relied on Chang Gang to feel okay because I was relying on Sykkuno to hang out with me. [Then] he became a part of a whole other gang, doing his own thing and I had no one to play with. I was too scared to talk to people.”

Valkyrae’s last 17 streams in a row were all GTA roleplaying. She is finally taking a break today, however, to grind the long-awaited FromSoftware release, Elden Ring.