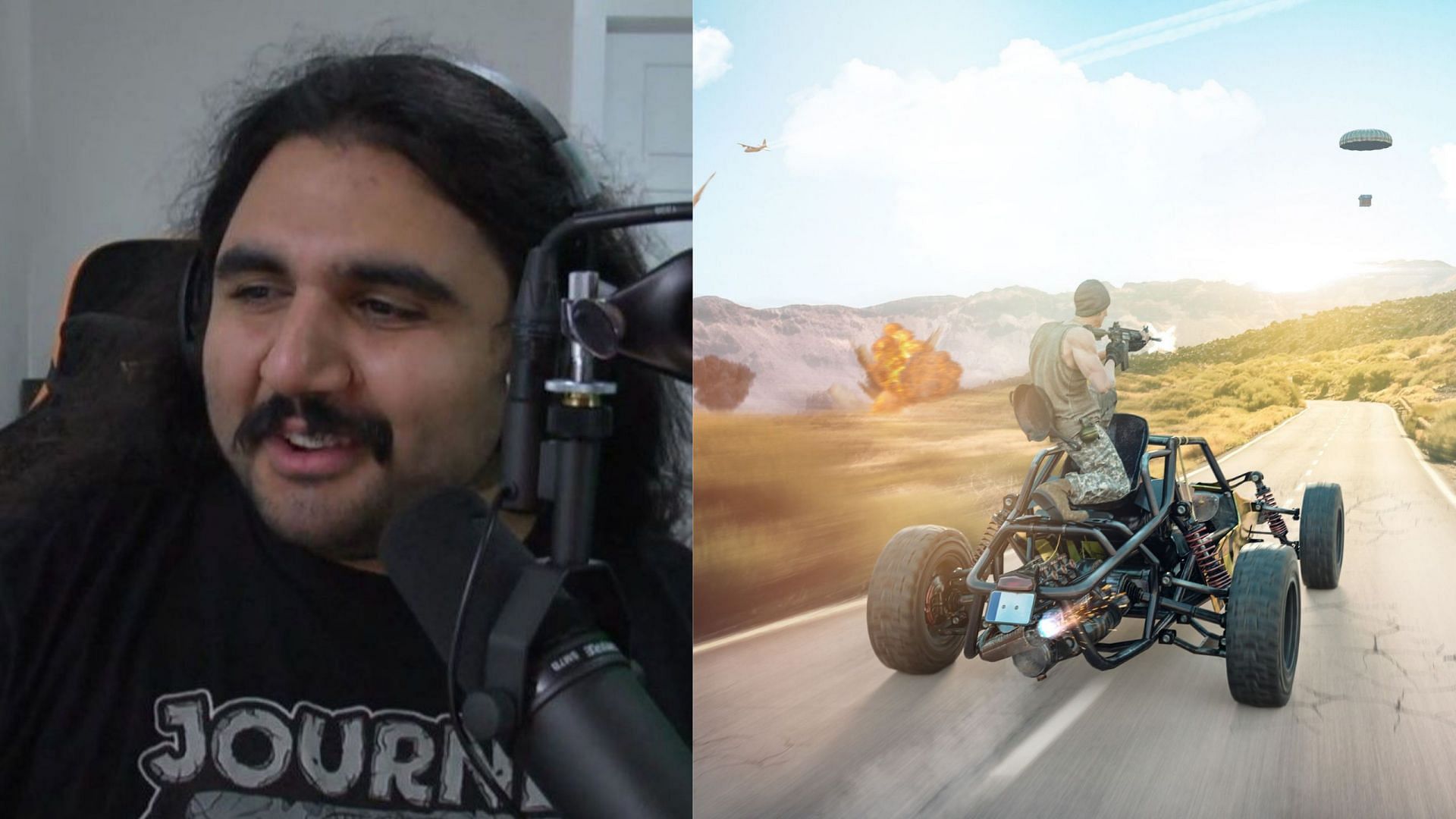 During his latest stream, Sukhbeer “EsfandTV” Brar faced off enemies with his trusty ‘Buggy’ in an exciting game of PlayerUnkown’s Battlegrounds (PUBG). He drove over multiple opponents and secured 5 kills within a few seconds.

The streamer, a founder and member of the gaming and content organization One True King (OTK), couldn’t stop laughing as he constantly found new victims to run over. While playing a training game with AI bots, he ultimately won the game with an easy 16 kills under his belt.

The streamer, well-known for his hilarious personality, was playing PUBG during his latest stream. With 17 players left alive, he circled around the edge of the safe zone in his buggy, and drove over bots to eliminate them.

In his rampage’s first kill, Brar ran over a player crouched beside a tree. He then immediately spotted a player outside the safe zone attempting to shoot at him. Laughing in a devil-like manner, Brar drove out to the opponent’s location and faced no resistance as he ran over him.

Amused at his luck, Brar couldn’t stop laughing as he returned to the safe zone and instantly eliminated another enemy by trampling them. Racking up a total of 8 kills, 3 of which he scored within the last 10 seconds, he continued to circle his buggy around the kill zone.

The coincidence of finding enemies in such close proximity, coupled with Brar’s hilarious killing tactic, had the Twitch chat in hysterics. He continued driving his buggy towards the sounds of gunshots, and found his next victim. He secured his 4th consecutive kill while his overall tally reached 9 eliminations.

As his Twitch chat cheered him on, Esfand‘s buggy was suddenly attacked by gunfire. With only 10 other players left alive, he searched for the other player. Brar immediately found his enemy standing atop a hill. The opponent found himself suffering the same fate as the ones before him and was promplty run over.

Brar’s rampage continued as he racked up a total of 14 kills in a similar fashion, after which his buggy was ultimately blown up by one of the final enemies. As the buggy burst into flames, he killed the enemy, which made him one of the final two left alive.

Fans were thoroughly entertained by the hilarious kills achieved by Brar. Mockingly appreciating his “skills,” several viewers compared him to Shroud, a popular professional gamer. However, some fans also criticized PUBG developers for the high saturation of bots present in the game.

Esfand produces a variety of content, including gaming and comedy skits. Most recently, he participated in the OTK vs OTV finale of Mizkif’s Twitch gameshow, Parasocial.