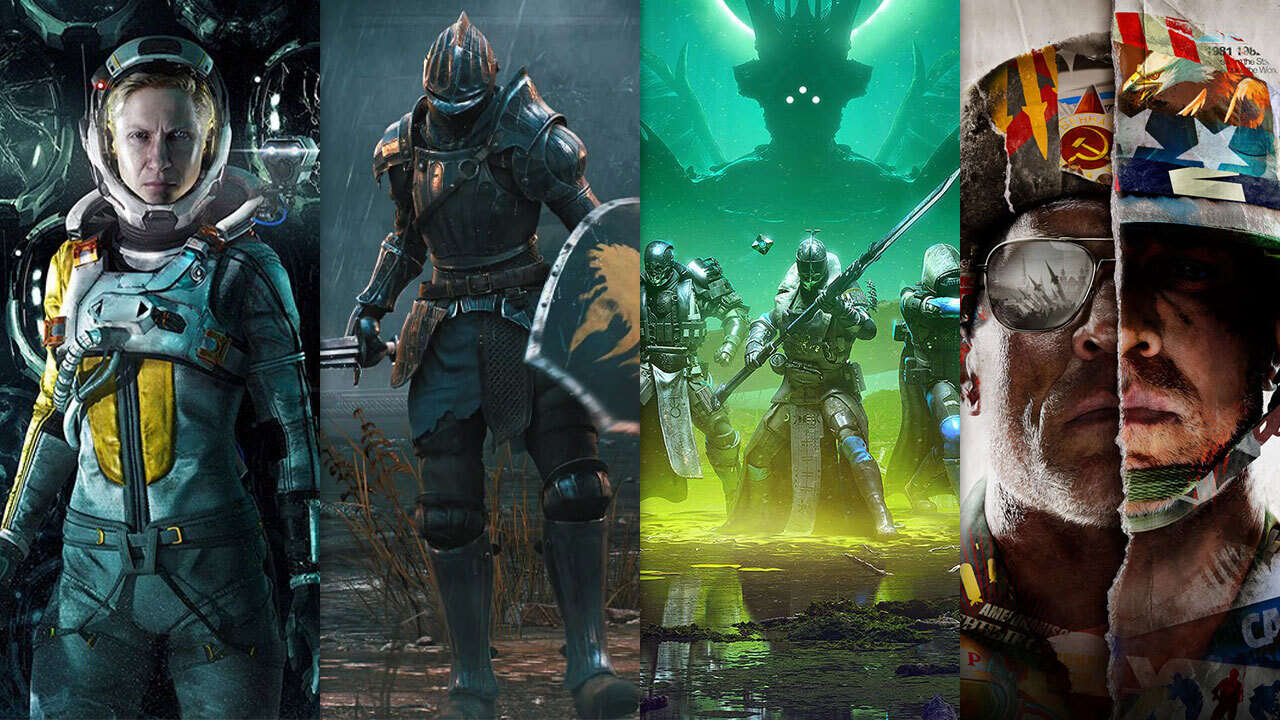 2021 was a massive year for the gaming industry, as unprecedented growth, new technologies, and the first year of next-gen consoles were all headline-grabbing developments. The year was also dominated by some of the deepest pockets in the industry scooping up some of the best studios, publishers, and intellectual properties under their brands.

Those acquisitions have resulted in seismic shifts in the gaming industry–ones where it’s not beyond the realm of possibility to hear of a new mega-deal that sees billions of dollars paid out to own a big-name studio. All throughout 2021–and in the first month of 2022 alone–gigantic deals have gone down, making it a fascinating time to be a fan of the gaming industry. If you’re looking for a recap on just how much has changed recently, we’ve created a quick timeline on the major events that have gone down over the last year-plus.

Microsoft goes on a buying spree

Just over two decades ago, the idea of Microsoft venturing into the gaming space was unheard of. These days, however, the Xbox division is a core part of Microsoft’s identity, and one that the company has invested heavily in over the years. No stranger to studio acquisitions, Microsoft had already added the likes of Double Fine, Minecraft maker Mojang, and several other studios to its portfolio in a major push to develop Xbox-exclusive games.

In 2020, Microsoft came out guns blazing with its next round of acquisitions, as it bought ZeniMax Media, the parent company of famed video game publisher powerhouse Bethesda Softworks. By March 2021, that $7.5 billion deal was officially complete, and Microsoft now had some of the finest IPs working under the Xbox Game Studios brand. While Bethesda’s various games and studios were no doubt valuable assets, ZeniMax’s cloud gaming technology shouldn’t be overlooked.

Originally revealed at E3 2019, Bethesda said at the time that the patented cloud streaming SDK known as Orion would allow games to run at “max settings” with minimal bandwidth usage. Combine that technology with Microsoft’s push to make Xbox an experience that’s playable on mobile devices through its own cloud gaming initiative, and the ZeniMax purchase made that much more sense. Microsoft didn’t just gain a rich library of IPs to add to its console and popular Xbox Game Pass service; it acquired the technology to one day make those titles accessible on more than just consoles and PC.

Fast forward to January 2022, and in its biggest flex yet, Microsoft announced plans for a $68.7 billion acquisition of Activision Blizzard were underway. While that deal may only be concluded next year–provided that it’s approved by regulatory bodies–it’s another example of Microsoft being more than prepared to invest heavily in its future by securing some of the biggest IPs currently in existence, and the talented staff to go along with them.

The last generation of gaming is one where Sony operated in peak form thanks to its first-party studios. A few years into the life-cycle of the PS4, a PlayStation Studios-branded game carried an air of quality and prestige that elevated it above its competition. That ethos has remained steady in the first year of the PS5 era, but it’s now a part of a more ambitious strategy by a company that has largely focused on quality single-player experiences.

Throughout 2021, Sony got the ball rolling with acquisitions of PC port developer Nixxes Software, Returnal studio Housemarque, The Playroom’s Firesprite Studios, God of War support studio Valkyrie Entertainment, and Bluepoint Games, the studio responsible for its well-received remakes of classic games such as Demon’s Souls. In January 2022, Sony opened up its wallet once more and announced that an acquisition of Destiny 2 developer Bungie was underway. Despite the conspicuous timing, coming shortly after the Activision Blizzard news, Sony’s Bungie deal had already been months in the making.

Sony’s not done buying studios yet, and it has specifically signaled an intent to dive heavily into live-service games like Destiny. The company is equipped with some of the best people and resources to focus on a digital strategy that revolves around its trademark single-player games, quality remakes, virtual reality games for its upcoming PSVR 2 hardware, and an aggressive push into live-service territory with multiple new games in that space.

Embracer makes a few moves of its own

Over in Europe, Embracer Group has been on an acquisition tear as of late. The Swedish video game holding company operated by Lars Wingefors has dozens of internal studios and eight groups responsible for multiple subsidiaries, making it a force to be reckoned with in the gaming industry. Each group has its own operations, subsidiaries, and development studios. One of its most notable acquisitions was Gearbox Software in early 2021, the studio famous for the Borderlands series and multiple other popular series.

Since then, Embracer’s acquisitions have been modest but frequent, all organized under the likes of sub-parent companies such as THQ Nordic, Koch Media, and more. Aspyr, 3D Realms, and Asmodee all joined Embracer Group throughout 2021, and Dark Horse Entertainment added some powerhouse comic book IPs to the company in December 2021. While it has a major global presence and studios all over the world, Embracer Group has established itself as one of the biggest names in the European gaming market.

Electronic Arts is synonymous with several genres of games, but racing is one area where the company was arguably in need of a refresh. Need for Speed as a franchise was being consistently lapped by its competitors, so EA’s move was to simply buy out some of its competition. With Codemasters officially acquired in 2021, EA now has access to not only some of the best talent in the racing game genre, but also some of the best properties. F1 and Dirt are very different in terms of racing sub-genres, but they’re still wildly entertaining franchises that regularly fire on all cylinders.

Codemasters also has other IPs to offer, and here’s hoping that EA recognizes that a new iteration of Brian Lara Cricket would be most welcome right now.

As for everyone else, you can’t discount Facebook parent company Meta grabbing a number of VR studios for its Quest headsets, Tencent making a number of smaller but vital purchases, and NetEase cutting to the chase by attracting some of Sega’s best talents to form an entirely new studio under it. If you can’t acquire the studio, you can certainly acquire the right people to make games for you.

As for the future, anything’s possible in an industry where even Wordle–everyone’s favorite vocabulary-themed brain-teaser–was recently sold. Sony is still planning to bolster its first-party inventory with more studio purchases, Microsoft has become an expert in surprise deals, and other big tech companies might be looking to grab a slice of the action before it’s too late.