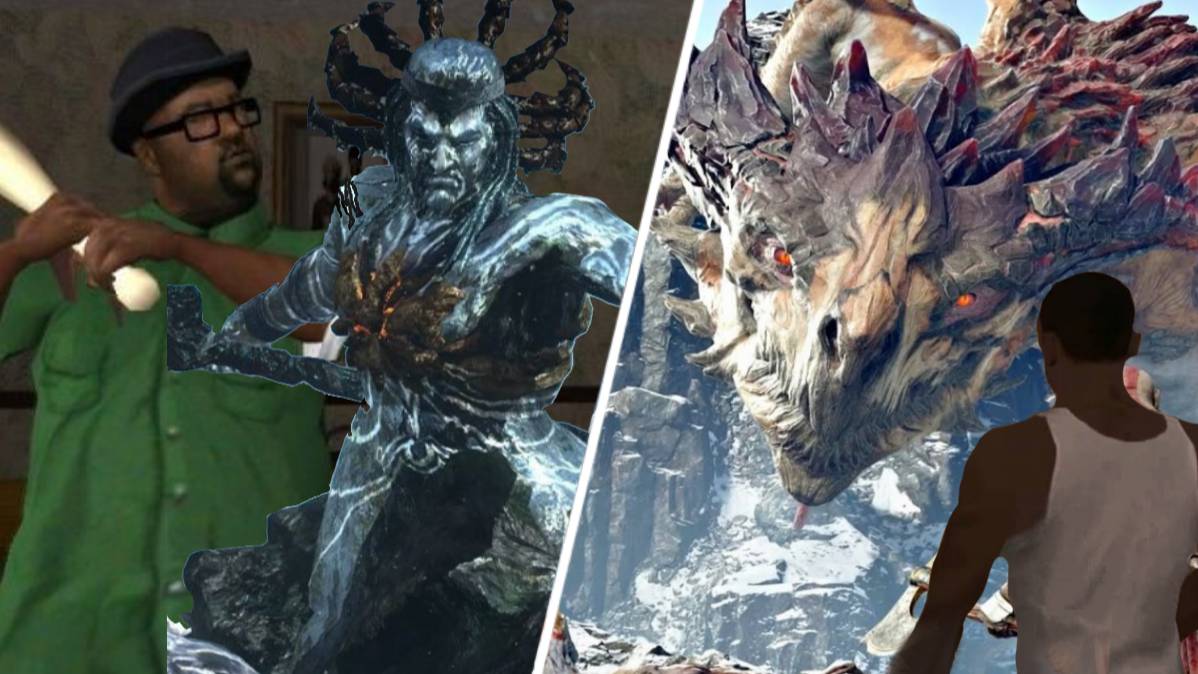 The PC port of the 2018 reboot of God Of War was only released in January, but it is selling like hotcakes. More than a million copies have been sold so far and it’s only getting bigger. The PC version is chock full of features as well as the graphical and performance fidelity that only playing on a high end gaming PC can offer. However, its breakout popularity is in no small way influenced by the modding community, who are as passionate as they are creative.

If you want to see CJ and Big Smoke take on bosses instead of our man with no tan, then check out the action in the video below.

Maybe it’s slightly hard to believe that our boy CJ from Grand Theft Auto: San Andreas can pick up a tree and drive it straight through several buildings, but modder Omega Fantasy has proven he’s quite capable. What about Big Smoke stopping a stonking sword with just the power of his shoulder blade? Oh yes he can do that.

Unfortunately, what they are unable to do is wield Kratos’ signature boomerang axe. Don’t worry though they haven’t been left empty handed. Omega Fantasy has been kind enough to gift them with a weapon much more fitting of their usual surroundings. So naturally they’ll be beating up their Nordic rivals with a good ol’ fashion baseball bat. Very fitting. Seems like a missed opportunity for GTA VI.