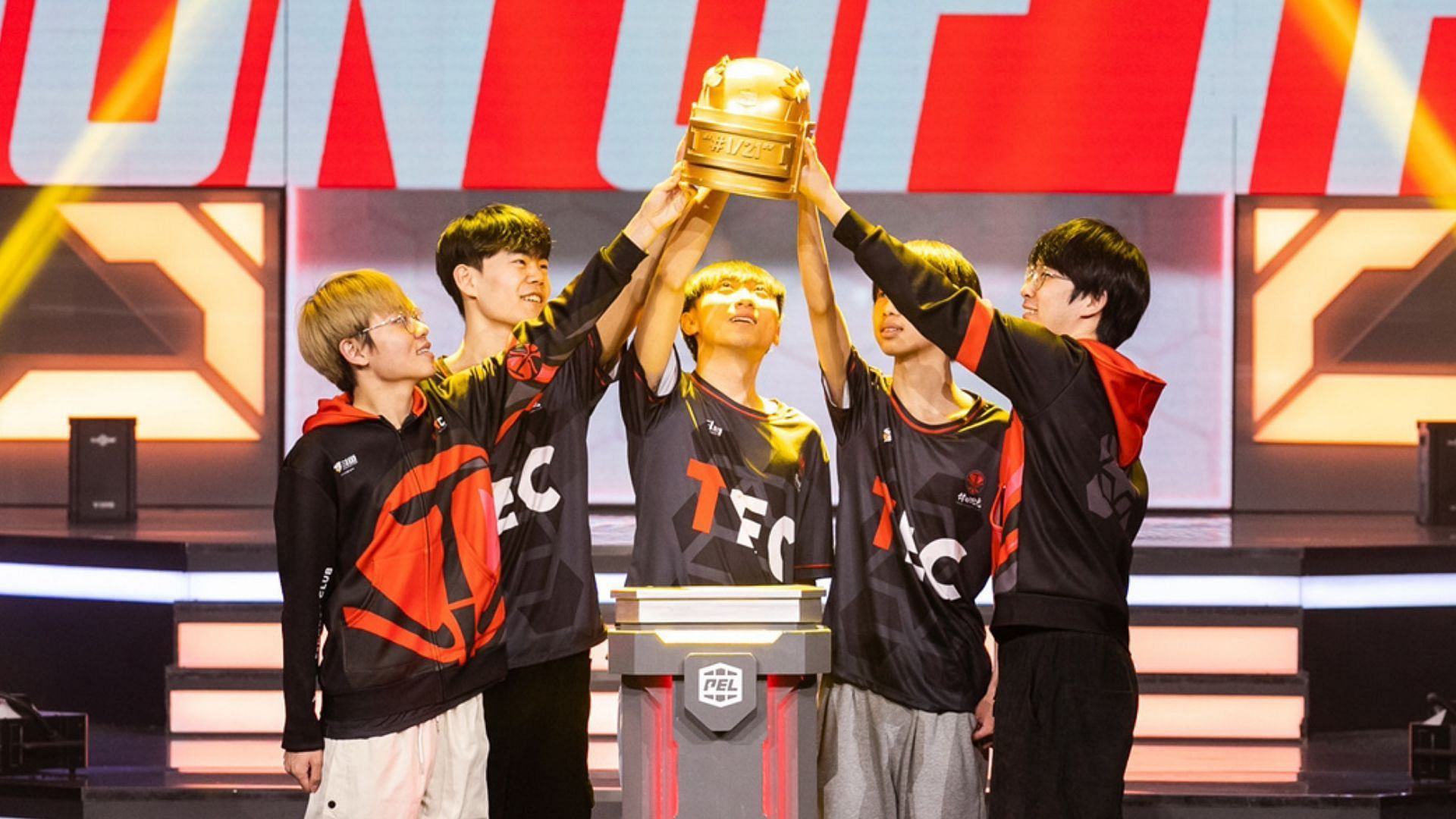 TEC put on a sparkling performance on day 3 of the Weekly Final to clinch PEL 2022 Spring Week 3. The team, who was in third place after Day 2 with 85 points, accumulated 147 points and took home a cash prize of $153K.

World champions Nova Esports, who was leading the leaderboard after Day 2, had a poor day 3 as it collected only 30 points in five matches and came in second place. The side was the winner of the second week.

Tianba made a surprise comeback on Day 3 as it grabbed 62 points in its last five matches and secured third place. JDE and WBG finished in fourth and fifth place with 124 and 122 points, respectively.

JTeam also had a poor run on Day 3 as it secured only 23 points. The team, who entered the PEL scene by acquiring team Q9 roster, managed to finish in sixth place this week.

The top six teams have qualified for the Week 4 Finals, while the remaining teams will have to play Week 4 Breakout.

The first-week champion TC (The Chosen) had an average week. Despite the team securing seventh place, Wyy and Xiao Wendi made it into the top 5 fragger list. Kone and VS managed to hold on to their eighth and ninth places, respectively.

At the end of Week 3, Nova Esports, who won Week 2, is in the top spot with 450 points in the overall standings. Having secured 384 points, WBG continued its consistent gameplay and occupied second place. With 346 points, JDE acquired third place.

TC claimed fourth place with 326 points. Fan favorite Four Angry Men aka 4am failed to make it to the Week 3 finals and the team occupied 12th place in the overall standings.

TEC 凯旋 was named MVP of the week. He grabbed 28 kills, closely followed by Nova Paraboy with 27 frags. Order, who won the MVP award in Week 2, clinched 22 kills.