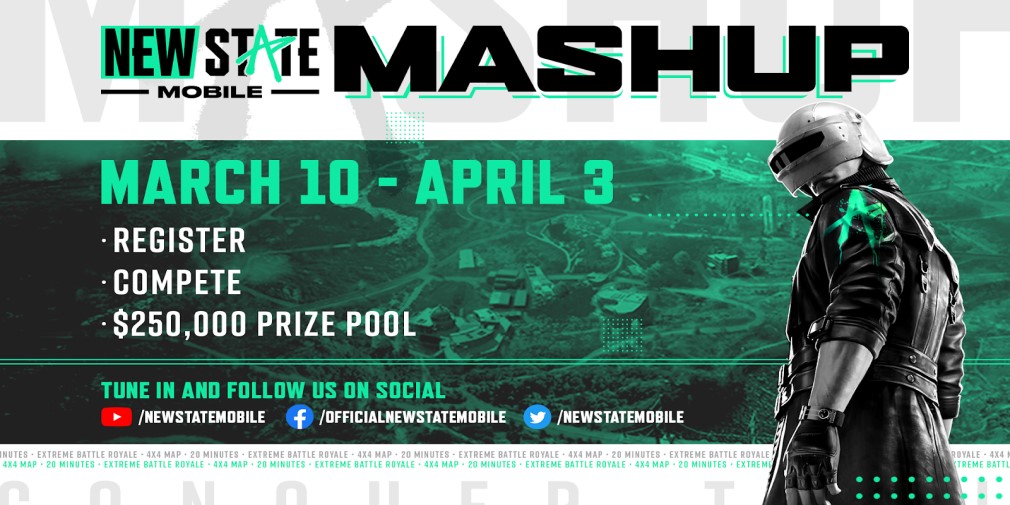 With the conclusion of PUBG New State’s first tournament – the New State Open Challenge, Krafton is ready to introduce another contest for its eager players. Launching next week is New State Mobile Mashup Challenge, which will run between March 10th and April 3rd.

PUBG New State’s Mobile Mashup Challenge will be held for players in North America. This three-week long contest will feature open qualifier tournaments hosted by influencers with the grand finale being held in April, with a prize pool of $250,000. All matches will be played on the BR: Extreme Mode.

Players can expect to see content creators like ChocoTaco, Wynnsanity and NoahfromYoutube host the qualifiers and top performers from each other these matches will qualify for the final. Survivors will receive multiple chances to showcase their skills and try to book a spot in the finals. Here’s the breakdown of the entire tournament:

Just a quick recap on the BR: Extreme Mode – it is a fast-paced match with 64 players on a smaller map with a 20-minute time limit. Each player begins the match with a P1911 handgun, smoke grenade, and 300 Drone Credits. This mode will surely give everyone an adrenaline boost.

Take part in this new tournament by downloading PUBG New State for free on the App Store and Google Play.

Also, check out the top battle royales to play on mobile!