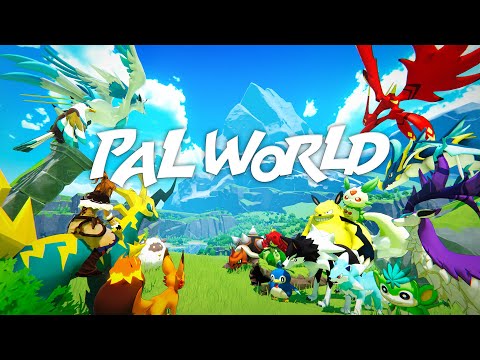 If you follow the Japanese indie scene, you might have heard of Palworld, nicknamed “Pokemon With Guns” by many as a meme, as that’s what the game’s reveal trailer felt like – And well, the developers of Palworld, Pocket Pair, made a surprising announcement regarding Elden Ring‘s release.

Elden Ring, the new action RPG by FromSoftware, is one of the most hyped up releases of 2022. It’s a new entry in the Souls series, containing Demon’s Souls, Dark Souls, Bloodborne, Sekiro, and King’s Field if you wanna act cool. The Souls series is often cited as one of the most influential franchises of these last ten years.

As pointed out by our Japanese peers at Famitsu, Pocket Pair announced on Twitter that its staff will take some days off for the release of Elden Ring, an “Elden Break”. The statement from Pocket Pair explained that “Elden Lords won’t have to work from Friday 25 to Monday 28 included” because “you wouldn’t be able to focus on work anyways”.

Besides “Pokemon Gun” game Palworld, Pocket Pair is also the developer of Craftopia, which is available in Early Access on Xbox and PC via Steam. Just like Palworld, Craftopia is very direct when it comes to revealing its inspirations. It’s a mix of open-world games, Rune Factory, Pokemon, Fortnite, and Diablo.

Additionally, it’s important to note that Pocket Pair is a pretty small studio, which started with only four people. So they probably didn’t have a lot of trouble reaching an understanding and all taking some rest to play Elden Ring. The studio, in replies to its viral Elden Ring tweet, explained that it’s in fact recruiting.

As a side note, another studio, PeroPeroGames, pulled a similar stunt back when Cyberpunk 2077 released and everyone still believed it’ll be awesome. PeroPeroGames is behind the excellent rhythm game Muse Dash.

Elden Ring will be out worldwide on PlayStation 5, PlayStation 4, Xbox Series X|S, Xbox One, and PC (Steam) on February 25. FromSoftware’s latest game also went through a pretty interesting controversy regarding streaming in Japan. You can check out the reveal trailer for Palworld below if you’ve never seen this cinematic masterpiece. Craftopia is available in Early Access, but Palworld isn’t playable yet, and has a 2022 estimated release.