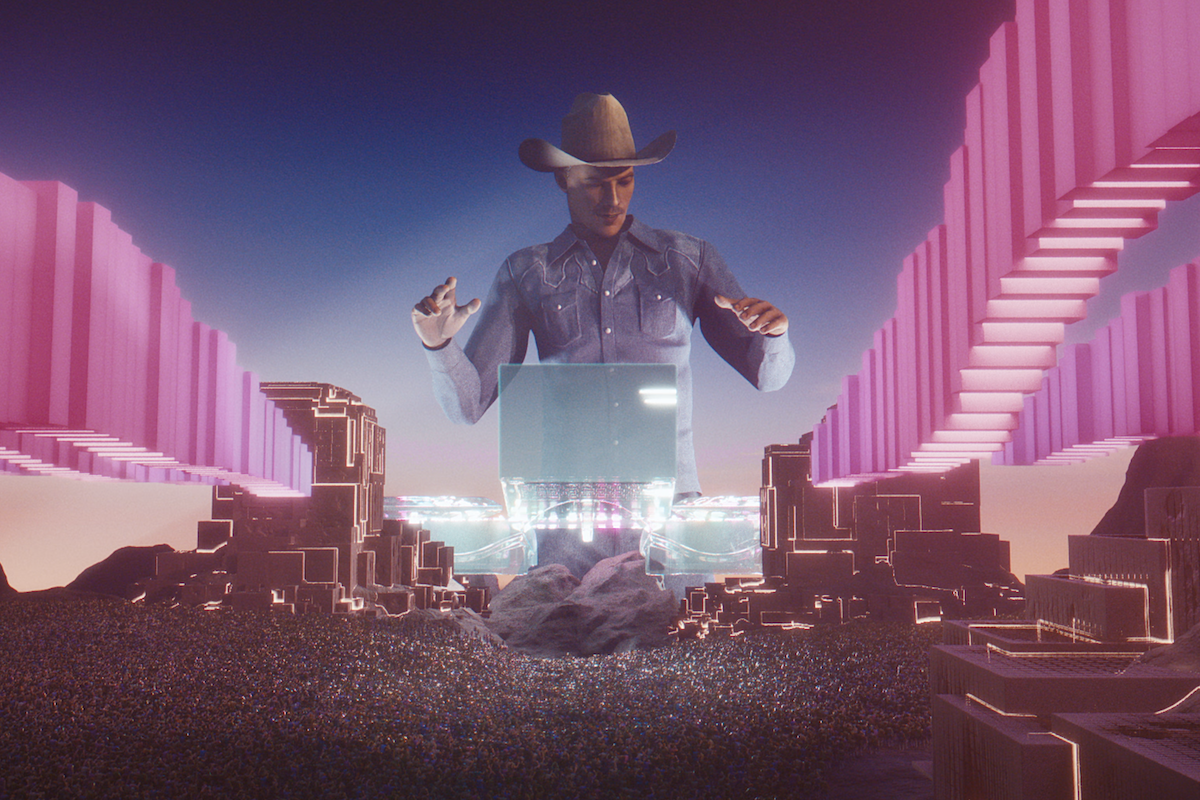 Since Facebook rebranded as Meta in October last year, the media buzz around the Metaverse has increased exponentially. With promoters and artists increasingly embracing the virtual 3D ecosystem, Access examines what it means for the live events industry.

There are wildly different views as to what impact the metaverse is likely to have, long term, on the live music industry, but barely a day goes by without there being news of another significant development, virtual show or artists getting involved.

For the uninitiated, the metaverse is a virtual world, made up of permanent, shared, 3D virtual spaces involving augmented (AR) and/or virtual reality (VR) technology.

Among the many recent metaverse developments was the news of major acts including Nas, Gene Simmons and Lil Baby being among the investors in a $60m Series A funding round for metaverse startup Everyrealm.

On 13 February, Meta hosted a VR live performance by Foo Fighters. The 46-minute set on Super Bowl Sunday could be viewed via the band’s Facebook and Instagram pages or the Horizon Ventures app. The show was broadcast live from the Los Angeles Convention Center. 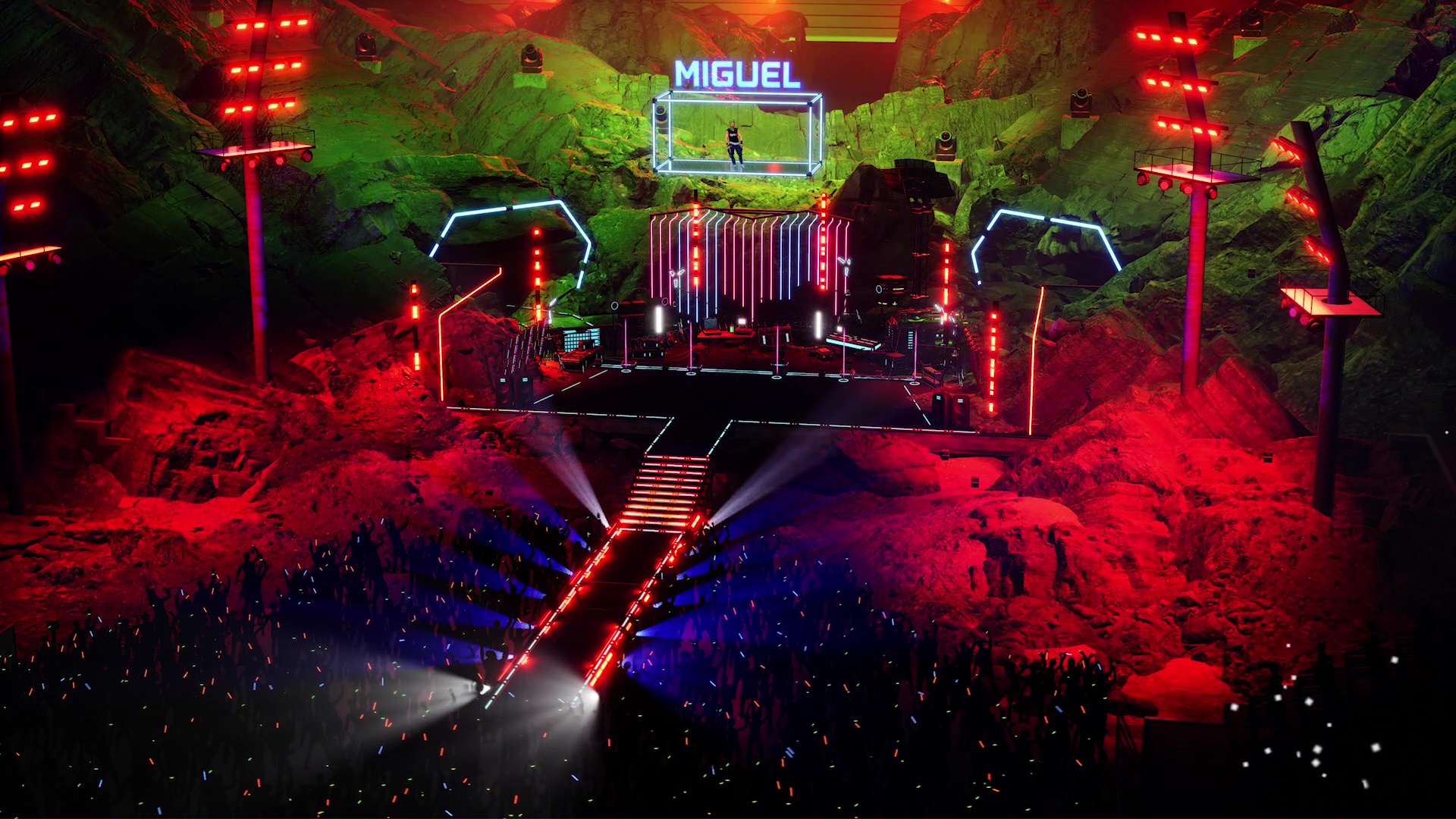 Last month, The BRIT Awards hosted a metaverse VIP Party on gaming platform Roblox, featuring a performance from PinkPantheress. Only days before that, Roblox threw a “first of its Kind DJ party” involving a virtual performance by an avatar of DJ David Guetta. The show was created in partnership with Warner Music Group (WMG), which invested heavily in Roblox last year.

The past year has seen WMG work with Roblox to deliver virtual world shows by acts including Ava Max, Why Don’t We, Royal Blood and Twenty One Pilots, which it claims were viewed by millions of fans spread across more than 180 countries worldwide.

During the Twenty One Pilots show, fans could search for virtual merch and rewards, while controlling the setlist sequence and investigating interactive elements within each song.

The metaverse isn’t just proving to be an increasingly popular platform for concerts, in October promoter Insomniac brought EDM festival Electric Daisy Carnival (EDC) to Roblox. It was staged in a virtual world called Insomniac World Party at the same time as the real-world EDC event took place in Las Vegas.

Roblox VP and head of music Jon Vlassopulos says the platform had more than 47 million users in Q3 last year and that the virtual concerts are pulling in vast audiences. Four shows across two days in November by Lil Nas X on Roblox saw more than 36m visits and a Royal Blood concert was viewed by around 26 million.

Vlassopulos says that live event promoters, performers and managers, should see the metaverse as an additional revenue generating opportunity rather than a threat: “Artists will choose to perform to thousands of fans in the real world while simultaneously performing and interacting with millions of fans around the world in the metaverse. Virtual concerts have the potential to massively grow the live industry, extend artist careers and connect fans and artists in truly exciting ways.

“Virtual concerts have the potential to massively grow the live industry, extend artist careers and connect fans and artists in truly exciting ways.”

“People are spending a huge amount of time on platforms like Roblox, and will continue to do so as the line between the physical and digital worlds becomes increasingly blurred, which represents a major opportunity for artists, labels and fans alike, regardless of whether in-person shows are possible.”

The decision to stage a performance on the metaverse at The BRIT Awards was part of a digital campaign led by Luke Ferrar, innovation director at Polydor Records. “When planning the campaign we wanted to rethink how and where the new generation consume the show and its content,” he says

The need for artists to engage with Generation Z, or zoomers, is vitally important as very many millions of them are engaging content, making purchases, and interacting with each other in virtual worlds including video game platforms.

“The metaverse is here, it’s happening, and it’s being driven by Generation Z,” says head of M.A.D, Garry Williams. M.A.D, otherwise known as the Metaverse Advisory Department, was launched this year by Williams and the team at Unit 9 – a brand innovation partner for clients including Netflix and Nike.

“By 2025 Generation Z is going to make up nearly 30% of the workforce,” says Williams. “These are the people who are now socialising in the digital and gaming worlds and they are used to the metaverse. Brands, festivals and artist need to really adapt to this brave new world to engage with them.”

Among the projects that Williams has been involved in was a Diplo concert in collaboration with Intel. He says,“We had Diplo playing a set in a motion capture suit. We mapped that data on top of a 300-foot cowboy avatar and set it in this fantastical desert.”

MootUp founder Danny Stefanic says the service is ideal for festival operators wanting to create an array of different spaces within a themed environment: “It includes more than 50 templates that come with the platform and enable you to create auditoriums, workshops, yoga sessions – you can build any kind of event you want, link the spaces together and teleport people from one to another.”

While the pandemic saw a huge uplift in the ticketed live event streaming market, Stefanic emphasises that one of the key aspects of the metaverse that sets it apart from traditional live-streamed shows is that the audience is far more involved.

He says, “The drawback of streamed shows is that usually the audience remains invisible, but with our metaverse platform the audience members can be visible and engage with each other. That is one of the biggest benefits of the metaverse approach, it brings the audience into the equation.”

Vlassopulos says the promotional power the metaverse can provide artists and show promoters has two key benefits: “Firstly, it provides them with a novel way to engage with fans all across the globe in a hyper-immersive, ultra-social setting. The geographical, logistical and financial restrictions of a physical concert tour are removed with the advent of virtual concerts – anyone can join and connect with their favourite artists from anywhere.

“Secondly, virtual concerts allow artists to diversify their revenue streams and make money from selling virtual merchandise. That is something that could really shake up the industry. Sales from our Lil Nas X in-game merch approached eight figures.

“In the future, we expect artists to use virtual concerts to kick-off real ones, like Twenty One Pilots did last year, and for labels to view them as an essential marketing opportunity just as important as social media or television.”

This article was published in the latest edition of Access All Areas magazine  – subscribe for free here.