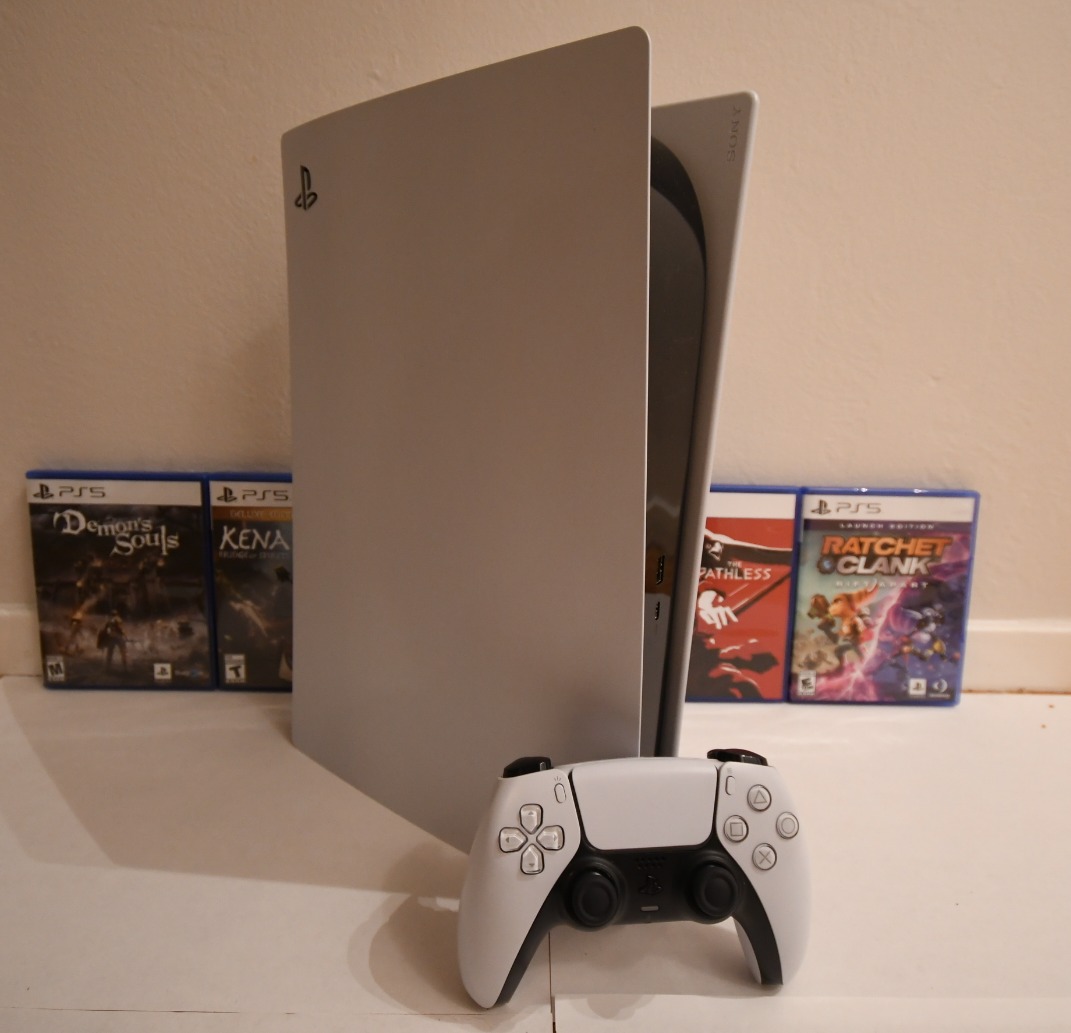 Well over a year after the original release date of the PS5, I could not be happier with the console. The massive power upgrade from the PS4 has made so many games playable in the best way possible, and many of the console’s new features knock it out of the park.

Apart from the difficulty in getting one in the first place, the most common topic of discussion regarding the PS5 tends to be related to the games, and rightfully so, as game selection is always going to be the most integral aspect of a console.

I have played 19 games on the console since its release, and only three were PS5 exclusive. The first was “Demon’s Souls,” my launch title of choice. This game is one of the most visually impressive games that I have ever played, fully showcasing the console’s power while being a great Souls game on its own.

Every other game I’ve played on the PS5 either also had a PS4 version, or was a PS4 game updated to perform better on the more powerful PS5 hardware. One of the best examples of this is “Destiny 2,” a game that I played for nearly 2000 hours on the PS4. After I bought my gaming laptop in 2019, I switched to playing “Destiny” there so I could appreciate 60 fps (frames per second) and a higher field of view. The game notoriously runs very poorly on current-generation consoles (PS4 and the XBOX One), limited to a 75 degree field of view, 30 fps and abominable load times.

After “Destiny 2” was updated to perform on next-generation consoles, I never went back to playing on PC, as the PS5’s power far surpasses that of my own $2000 gaming laptop (16 gigabytes of RAM, RTX 2070, Intel Core i7), and will outperform any PC, laptop or desktop, near the console’s $500 price tag.

“Destiny 2” is just one example of the hundreds of PS4 titles enhanced to perform on the PS5. Backwards-Compatible.net is a convenient website that lets you look through 940 PS4 games based on how they perform on the PS5, with the ability to filter games updated for native 4K and 60 fps.

All PS5 owners subscribed to Sony’s PS Plus service also have access to the “PS Plus Collection,” an impressive catalog of 20 fan-favorite, full-length PS4 games such as “The Last of Us” and “God of War,” most of which are enhanced for the next-gen system.

Accompanying the visuals and performance of the PS5 is the brilliant Dualsense controller, the best controller I have ever used. Every praise given to these features and the controller itself is warranted. “Astro’s Playroom,” the free built-in game for all PS5 consoles, is still the best way to experience the controller for yourself. Without any semblance of exaggeration, you can “feel” the sensation of walking on glass, wading through water, getting blown back by wind, or the force of an explosion. Experiencing this for the first time was shocking and I guarantee that anyone skeptical of the controller’s ability will feel the same way. While it will be some time before more developers fully utilize these features, there are plenty of games that already do, and both the number and quality will only increase over time.

The PS5 has many wonderful quality-of-life features that were missed on the PS4. For example, one very small thing the PS5 has that was obnoxiously absent from the PS4 software is the ability to see your hours played for every game you own under your profile tab, along with your friends’ playtime.

Another great feature is the console’s video capture tool, which is far superior to that of the PS4. The PS5 allows you to record gameplay at maximum 4K and 60FPS quality, something previously only possible through a capture card. Saving recent gameplay clips is also much more intuitive, giving you a selection of possible time increments from 15 seconds all the way up to an entire previous hour of gameplay, in 1080p.

Sony has done a lot right with the PS5, and clearly the demand is there. However, the price tag is nothing to sneeze at for anyone without lots of disposable income. If you have the opportunity to get your hands on one, it is important to make an informed decision. The console is a massive upgrade from the PS4. Besides the endless selection of games with improved performance, there are a myriad of features and benefits that come with the console that truly create a next-gen experience that is worth its price and then some.