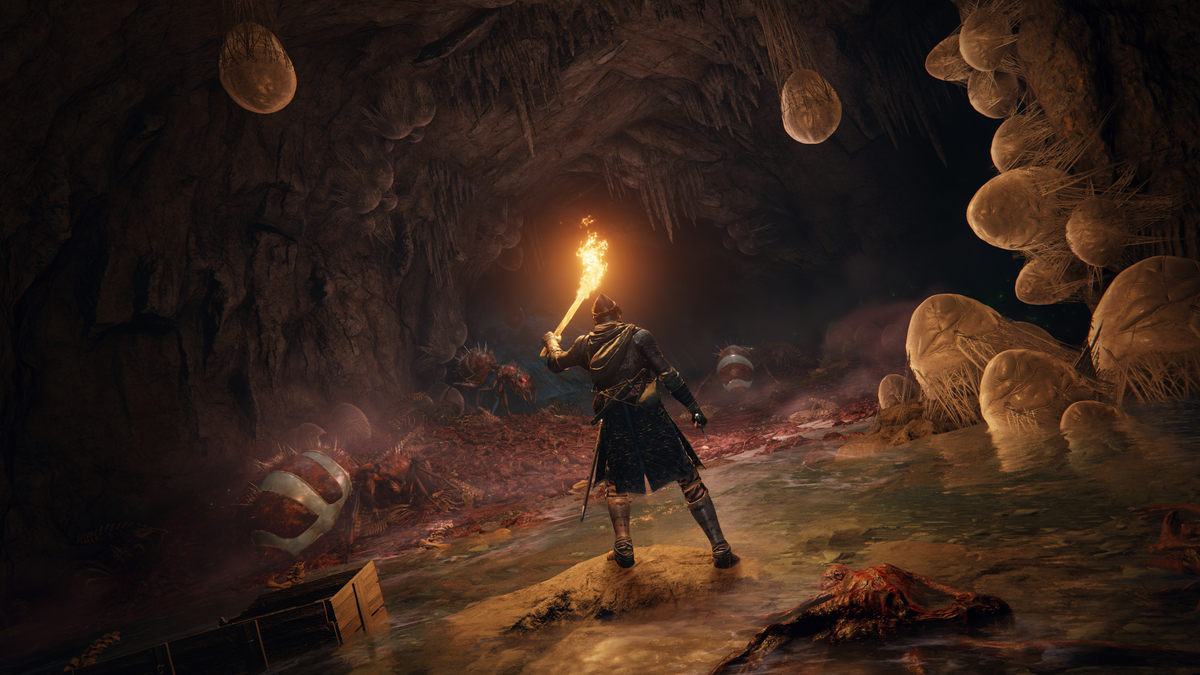 An Elden Ring character will steal a portion of your Runes after you die.

Earlier today, an Elden Ring subreddit post revealed that when you die in Stormveil Castle, Gatekeeper Gostoc will steal a portion of your Runes for himself. If you die after talking to the character, who can be found near the Gatehouse Site of Grace near Stormveil Castle, you’ll only find 90% of what you dropped once you make your way back to the site of your death – if you drop 2,000, for example, you’ll only find 1,800 wait for you.

This is, apparently, because Gostoc comes and nicks a bunch for himself. Additionally, it’s also claimed that Gostoc is the character who pushes the player character into the dark room with an intimidating knight deep in Stormveil Castle, in the hopes you’ll die and he can yet again claim your Runes.

Just below, the video further expands on Gostoc’s character. It turns out that after you eventually fell Godrick the Grafted near the conclusion of Stormveil Castle, Gostoc will reappear in the same area as the boss fight later on, repeatedly stamping on Godrick’s decapitated head as revenge for looking down on him.

Should you kill Gostoc after you’re finished talking to him there, you’ll gain the Gostoc’s Ball Bearing item, as well as the runes that he stole from you. You can then give this item to the Twin Maiden Husks in the Roundtable Hold to get access to a slate of other items available for purchase. Who ever knew that Gostoc was stealing your Runes, and then holding the key to unlocking more items for sale?