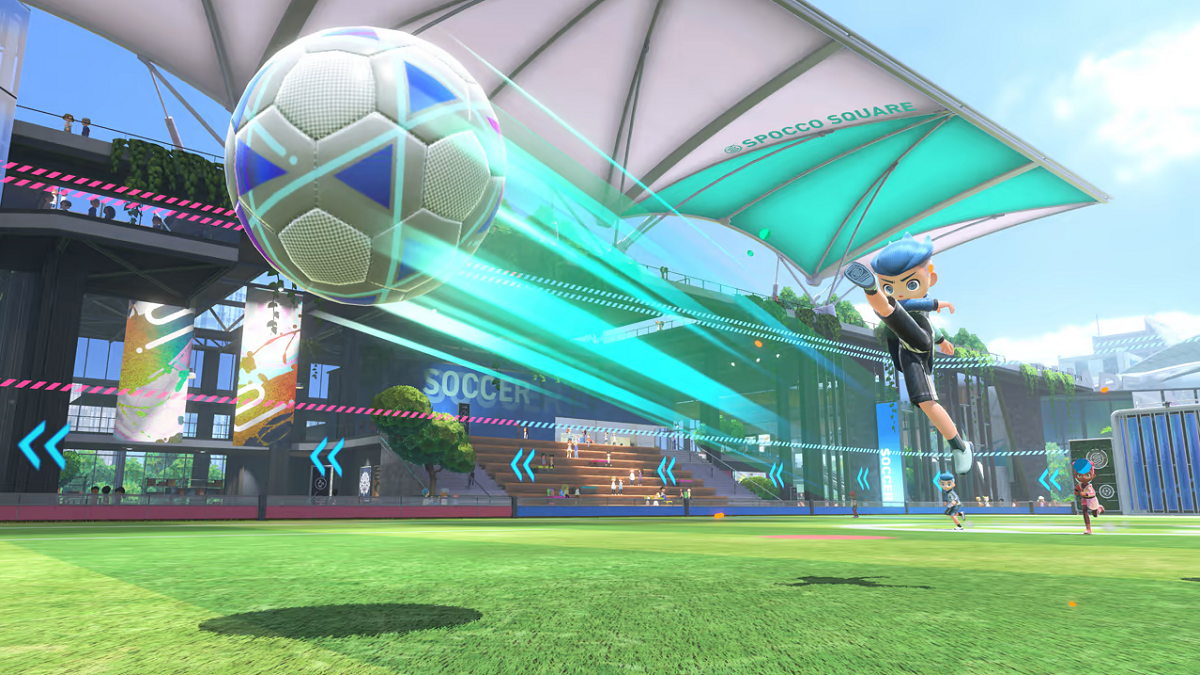 Nintendo Switch Sports isn’t set to release until April, but dataminers have already found some interesting hints about the game from its recent play test. When it launches, Nintendo Switch Sports will feature six different playable sports: Tennis, Bowling, Chambara/Swordplay, Soccer, Volleyball, and Badminton. Golf will be added in a free update later this year, but dataminer @Wipeoutjack7 appears to have discovered evidence for two additional sports: Dodgeball and Basketball. As with any leak, readers are advised to take this with a grain of salt until we get some kind of official confirmation.

The dataminer provided an image of the files in the Tweet embedded below. In the replies, other dataminers seem to have corroborated the existence of these files.

Another interesting thing found while datamining Switch Sports, the game references both “Basketball” and “Dodgeball” alongside the other playable sports. Could very well just be scrapped content, but mayyybe a potential future update? pic.twitter.com/mJb4SbaYM4

As @Wipeout7 mentions, it’s entirely possible that the two sports were meant to be part of the base game, and were cut for one reason or another. Datamines can provide us with interesting hints about a game, but it can also be difficult to draw specific conclusions from the data provided. Like Chambara/Swordplay, Basketball was one of the sports included in Wii Sports Resort, but Dodgeball did not exist in that game, or in the original Wii Sports; if the sport is in the works, it will be another entirely new activity.

Nintendo Switch Sports was revealed during a Nintendo Direct presentation last month. The game features a mix of new activities and returning ones from Wii Sports and Wii Sports Resort. Those two games were massively successful on the Nintendo Wii, and both helped to sell the console to gamers around the world. It remains to be seen whether Nintendo Switch Sports will be able to find a fraction of that level of success, but there’s a lot of anticipation. Fans will get to see how the game turns out for themselves when Nintendo Switch Sports releases on April 29th. Until then, readers can check out all of our previous coverage of the game right here.

Are you excited to check out Nintendo Switch Sports? Would you like to see these two sports added to the package? Let us know in the comments or share your thoughts directly on Twitter at @Marcdachamp to talk all things gaming!

Denial of responsibility! Verve Times is an automatic aggregator of the all world’s media. In each content, the hyperlink to the primary source is specified. All trademarks belong to their rightful owners, all materials to their authors. If you are the owner of the content and do not want us to publish your materials, please contact us by email – [email protected]. The content will be deleted within 24 hours.