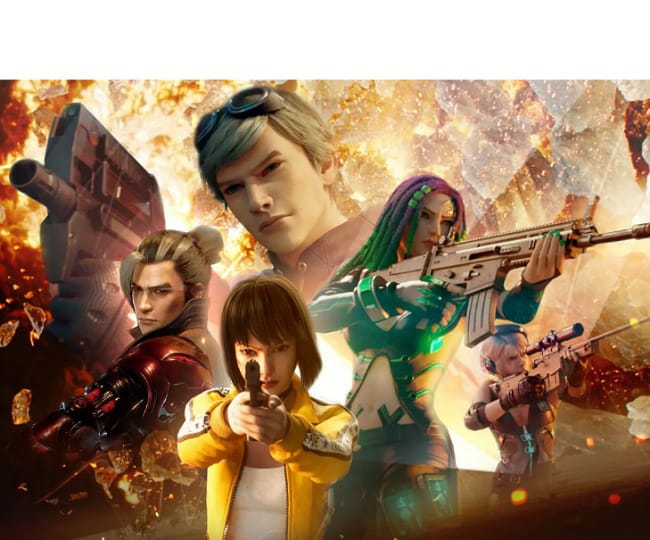 New Delhi | Jagran Technology Desk: Government of India on Monday banned 54 Chinese smartphone applications due to concerns related to national security. Among the banned smartphone applications is ‘Garena’s Free Fire: Illuminate’, which has emerged as a matter of disappointment for the gamers and gaming community in the country. This is the second popular game to be banned by the government after PUBG Mobile was banned in September 2020.

One of the most popular multiplayer games boasting over 100 million installs, Call of Duty Mobile is the gamer-favourite option now that Garena Free Fire is banned. The game comes with classic multiplayer modes such as Team Deathmatch, Domination, and Kill-Confirmed on maps such as Shipment, Raid, and Standoff, as well as a 100 player battle royale mode.

Inspired by PUBG (Players Unknown Battle Grounds), Knives Out comes with same set of rules as PUBG. There are five members in a team, and it features other modes like Sniper Battle, 50v50 and Team Fight.

Pixel’s Unknown Battle Ground is an animated version of PUBG, which currently boasts of over 50 million downloads on the playstoe. The game supports different graphic modes which includes many different skins and over 30 different weapons.

PUBG: New State is a battle royale video game by developer Krafton, which was also behind the original PUBG Mobile, though in India, Tencent was the publisher for the game.

Earlier in June last year, India banned 59 Chinese mobile applications including the widely-used social media platforms such as TikTok, WeChat, and Helo keeping in view the threat to the nation’s sovereignty and security.

The majority of the apps banned in the June 29 order were red-flagged by intelligence agencies over concerns that they were collecting user data and possibly also sending them “outside”.