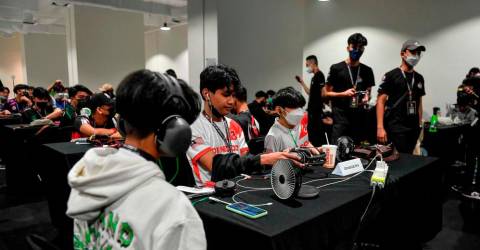 KUALA LUMPUR: The Malaysia Electronic Sports Federation (MESF), who have set a four-medal target for the Hanoi SEA Games in May, are counting on their two PlayerUnknown’s Battlegrounds (PUBG) Mobile teams to snatch at least one gold medal.

Apart from the PUBG Mobile, he said the national e-Sports squad would also compete in four other events, namely Free Fire, League of Legends, Mobile Legends and Arena of Valor at the Hanoi SEA Games from May 12-23.

“Two teams will compete in Free Fire while one team each will take part in the League of Legends, Mobile Legends and Arena of Valor. The final list (of athletes) will be announced after the association’s selection on March 7,” he said.

He also expects the national team to face stern tests from host Vietnam, Thailand and the Philippines when they compete in the biennial Games for the second time since the 2019 Manila edition.

E-Sports made its debut as a medal sport at the 2019 Philippines SEA Games, which saw six gold medals up for grabs, and Malaysia won gold in Heartstone through local university assistant professor Dr Yew Weng Kean. – Bernama