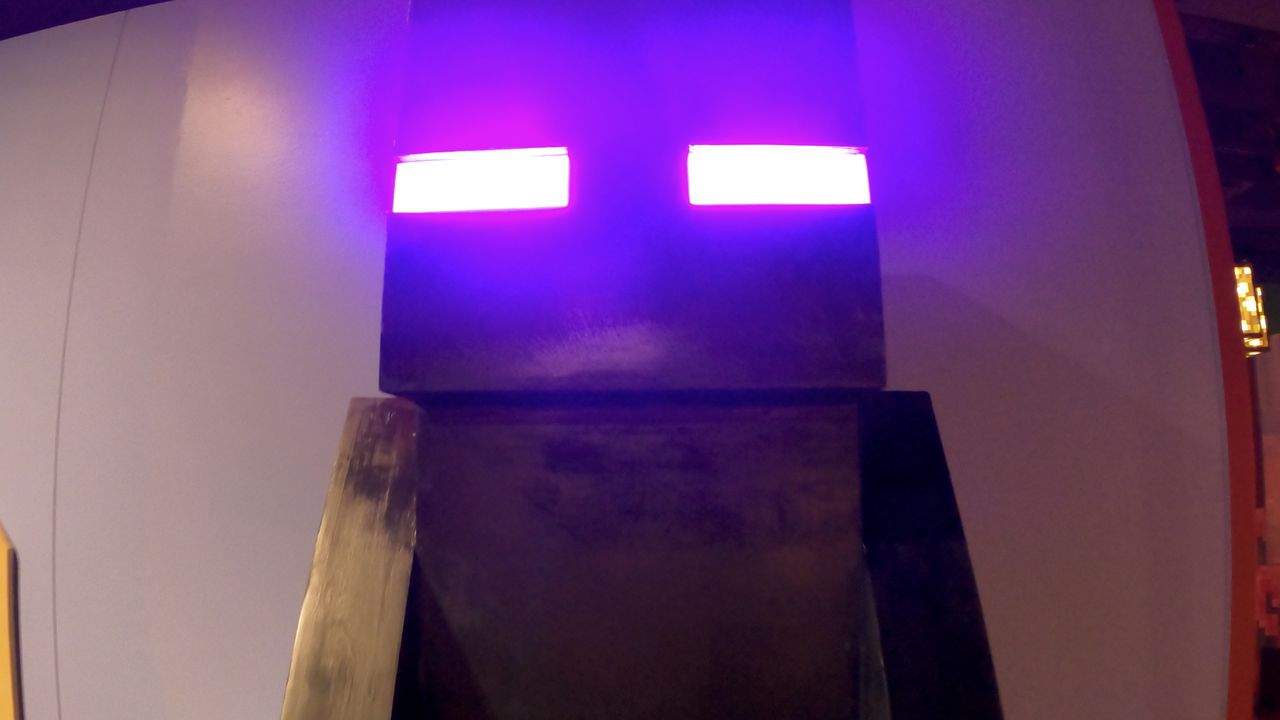 Friday marked the beginning of a whole new world at Liberty Science Center.

The world-traveling “Minecraft: The Exhibition’’ is making its premiere at the Jersey City facility and runs through September 5, 2022. The center is the first stop of a several-years-long world tour.

Minecraft, the best-selling video game of all-time, has a theme of “Building a better world with games for change.”

The immersive, experiential exhibition, created by MoPOP, the Museum of Popular Culture, in partnership with Mojang Studios, was designed to mark the 10th anniversary of the game’s public debut in 2009.

“It really is the digital world brought to life,” said Mary Meluso, communications director at Liberty Science Center. “And the kids who play it are really excited!”

One huge walk-in diorama, perfect for picture-taking, includes a Minecraft tree, a zombie, and a wolf.

After pausing to pet a furry life-sized Minecraft Llama, you can even punch a tree. That’s not as crazy as it sounds, and there is a sign which explains: “In the real world, punching a tree to gather wood is a painfully bad idea but you can try it here.”

Participants are encouraged to keep punching a pad on the trunk of a life-sized Minecraft tree until a virtual Minecraft block appears on a nearby screen in an activity that merges the terrestrial world with the digital.

Alexa Lentis, 7, of Westfield, was participating in a non-digital activity at a crafting table, using cards that represent building materials from the game to make objects and tools with her dad Nick and brother Niko, 4 ½. When asked what she enjoyed about Minecraft, she answered, “I like creating. And I like building.”

Liberty Science Center president and CEO Paul Hoffman said: “What I love about Minecraft is that it has inspired a generation of creative thinkers, while teaching … science and math-related skills, as well as collaboration and community-building.”

The exhibition features films playing, offering an in-depth look into the game’s history, with interviews from the game’s developers and creative team, and notable Minecraft players.

Of course, you can actually play Minecraft, too, on tablet-sized mini versions secured to a wall, or full-sized workstations arranged in pods. In doing so, you’d be joining 3,654,480 players online playing Minecraft (at the moment of this writing).

And in case you are one of those people who tends to consider all video games child’s play and a waste of time, you should know there is a serious side to Minecraft.

At a time when some companies would like to draw us from the real world into their virtual reality Metaverse, Minecraft is finding ways for the digital world to positively affect our real world.

Graphics displayed at the exhibition highlight powerful examples such as the Block By Block program which uses the game to engage poor communities in urban planning and encourage their participation in improving their own public spaces.

In Hanoi, Vietnam, a large group of adolescent girls between the ages of 13 and 16 were brought together to work with a model created in Minecraft, of the Kim Chung commune where they live. The girls used Minecraft to visualize their ideas and work together in teams to build a safer version of their own commune in the game.

“I’ve been able to contribute to building a community that is more beautiful, safer and friendlier for myself and for girls in general – and for the community as a whole,” said Anh, 15, on their website. “In the workshop we can use the model to make our dreams come true.”

The exhibition, which requires an add-on ticket beyond the price of admission, spans over 6,000 square feet on the 4th floor of LSC.

A release states “This massive exhibition celebrates creative expression, community crafting, and the quest to build a better world—both inside and outside the game.”

Please subscribe now and support the local journalism YOU rely on and trust.

Michael Mancuso may be reached at mmancuso@njadvancemedia.com