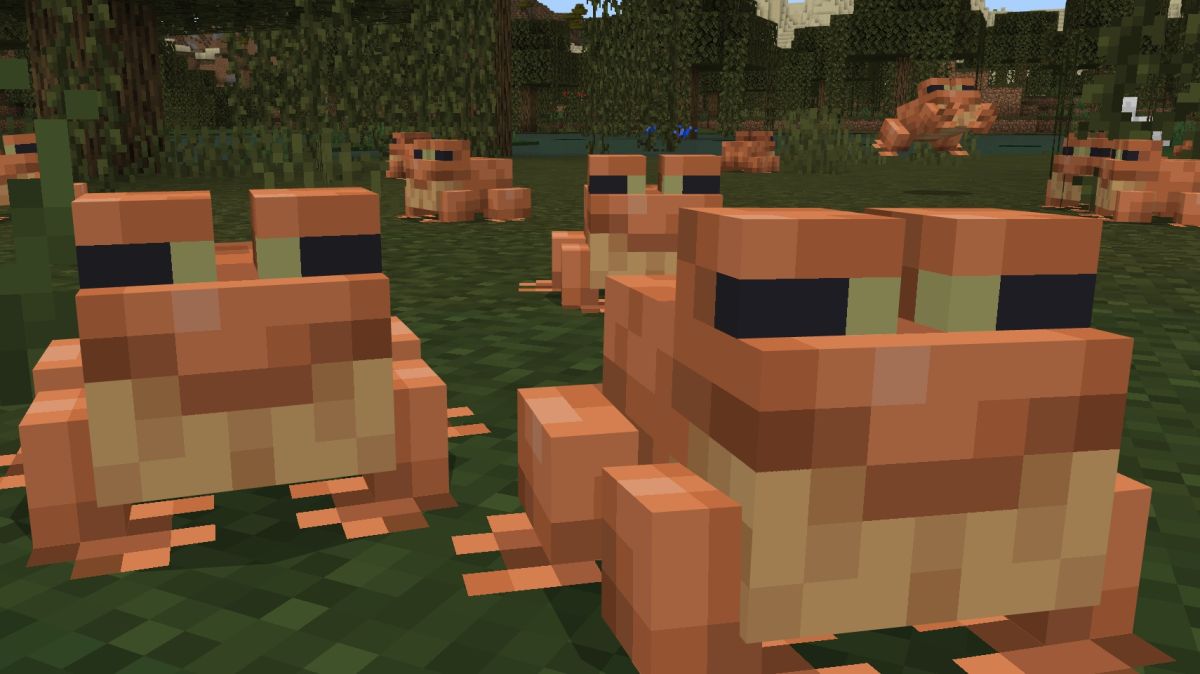 Ahead of the Wild Update arriving sometime in 2022, Minecraft Bedrock is testing out those fun new frog mobs that will be joining officially in version 1.19. The new version of Minecraft for Windows includes frogs, their tiny tadpole babies, and several of their new features to test out.

From what we know about the frog mobs so far, they spawn in swamp biomes where they’ll spend time snapping fireflies out of the air and hopping on Dripleafs. We already knew some other neat things about frogs, like how they hatch as tadpoles and grow into one of three frog varieties based on the biome they mature in. Mojang had also let on that frogs would be useful to players in some fashion, but didn’t initially let on how.

Today’s patch notes for Bedrock 1.18.10 let on at least part of what frogs can do and it sounds both very rad and very silly. Frogs can eat small Slime enemies, turning them into Slime Balls—which are a key ingredient in existing recipes like Sticky Pistons and Leads.

It turns out that frogs also have a taste for spicy enemies. They can eat tiny Magma Cubes, which then turn into Froglights. Like Glowstone Blocks and Sea Lanterns, it looks like Froglights will be a nice decorative light source. Same as the frogs themselves, they also come in three varieties based on the type of frog that creates them. Pretty neat!

A couple other frog-related queries get answered in the 1.18.10 patch notes—frogs will indeed be breedable, for one. For now, Mojang says that frogs can be led and bred with Seagrass, but that this is only a placeholder food. I’d be willing to bet that when the 1.19 update launches they’ll have a native swamp food they prefer instead.

This update also includes a list of bug fixes along with more changes to bring Bedrock and Java in alignment.

If you want to try befriending some frogs yourself, you’ll find the toggles for experimental Wild Update features in the options for creating a new world or editing the settings for an existing world.