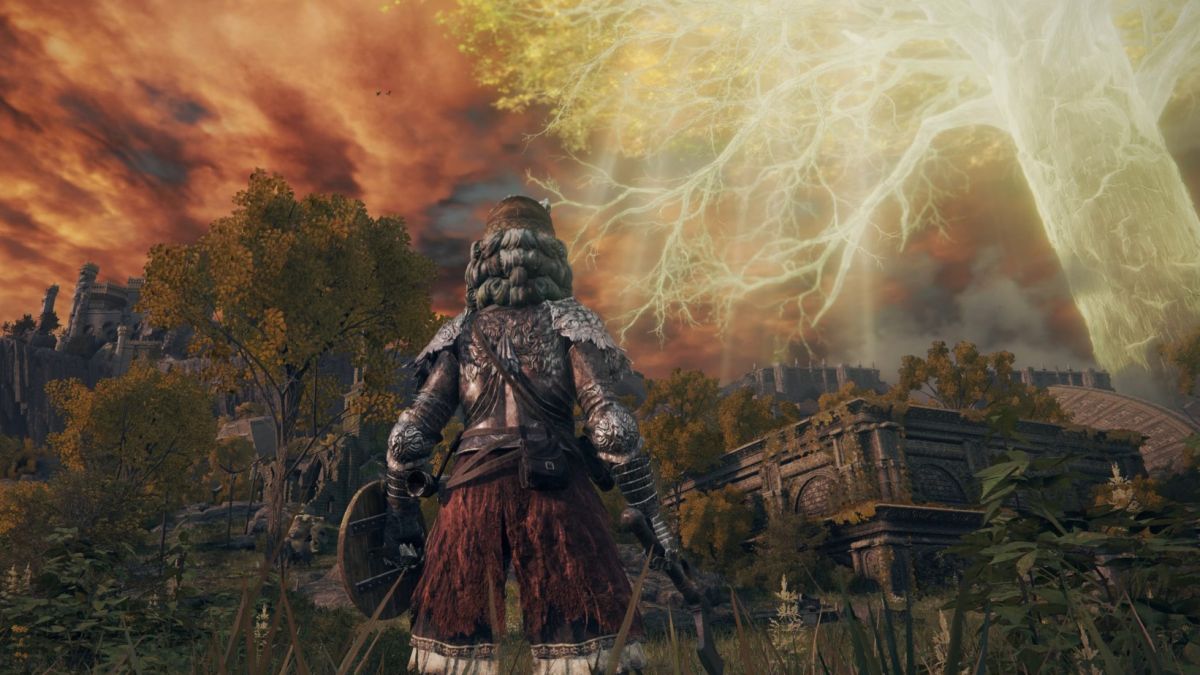 
Elden Ring mania is reaching fever pitch. Or, maybe it has always been at a fever pitch, and now it has reached some enlightened state of hype, indescribable by words. With a matter of days before From Software’s new game launches, you probably belong in one of two camps: those who are hard refreshing the Elden Ring subreddit every couple of minutes for more tasty leaked morsels, or those who are vigilantly avoiding any mention of the game, lest it be spoiled.

For the latter crew, it’s a warzone out there: the Elden Ring leaks have begun in earnest. Chief among the leaks is the appearance of the cinematic intro on YouTube. In typical From Soft fashion, it’s three minutes of foreboding scene setting, full of unfamiliar names and vaguely referenced wars, related by a doomy narrator who in any other context would sound almost parodic. It was pulled just seconds before I hit publish on this story, but it’ll no doubt pop up somewhere else very soon.

Of course, the cinematic intro for a From Software game wouldn’t even count as a spoiler for most people, given how inscrutable they are, and given that it’s the very first thing you’ll see when you boot the game next week. More spoilery has been the appearance of several livestreams on Twitch, as traced by this thread on Resetera. They’ve since been shuttered, presumably in answer to a complaint by Bandai Namco, but they ran long enough for a wealth of previous unknowns to be cast uncaringly into the pre-embargo world.

It’s testament to the seeming scale of Elden Ring that, even after the media’s six hours unrestricted hands-on with the game in early February, these leaks are still surprising people. And yeah, there are some fascinating nuggets doing the rounds. If you missed the Twitch streams, it won’t take long browsing the Elden Ring subreddit to find screenshots of, uh, stuff that no pre-release preview has touched upon before.

When it comes to From Software games, I can understand why some people want to seek out spoilers in advance—chiefly, because I am one of those people myself. But I can also understand why someone would vigilantly avoid them. Hidetaka Miyazaki’s RPGs are brimming with bizarre and uncanny secrets, and lore so rich that, yeah, you probably need a headstart to make sense of it. While it’s tempting to wait and find all this out for myself, From games trigger a curiosity that completely dissolves my self-discipline.

But word to the wise: If you don’t want Elden Ring spoiled ahead of its February 25 release date, now’s the time to log off entirely.