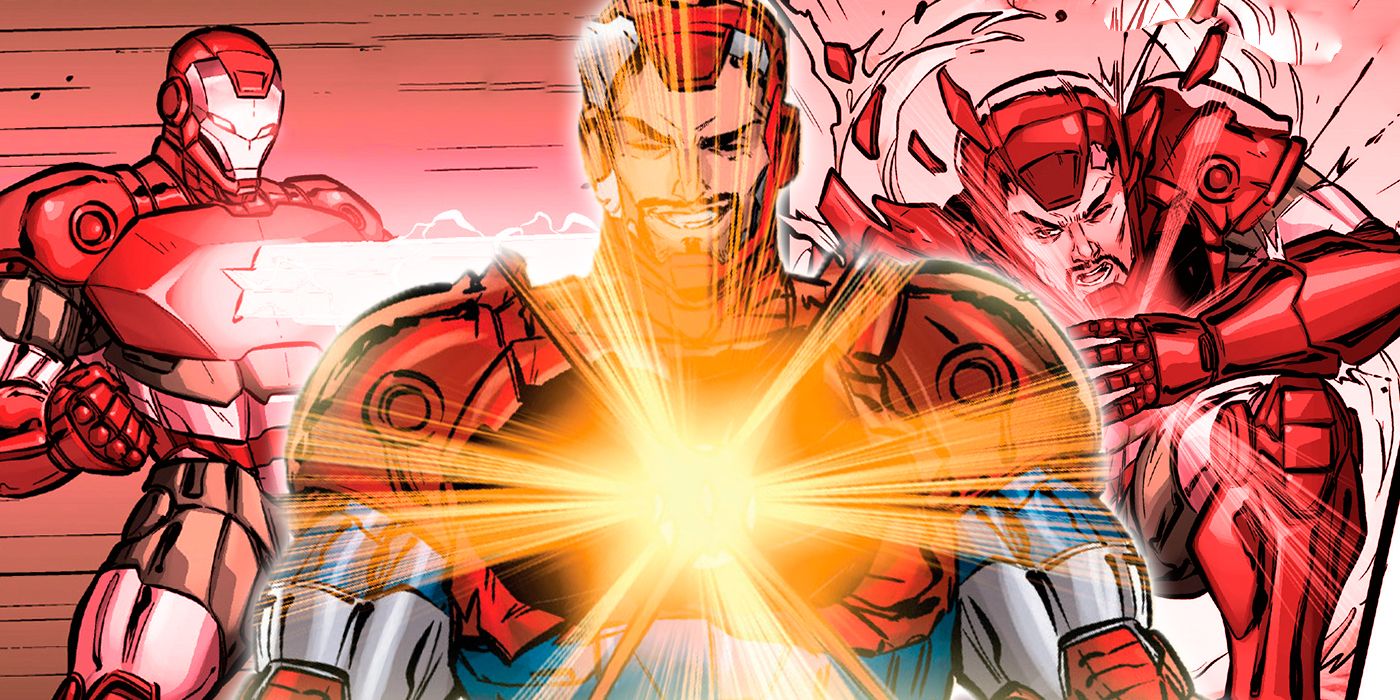 
Iron Man has spent decades as one of the most capable heroes in the Marvel Universe. In spite of a lack of any superhuman abilities to call his own, Tony Stark has put his incredible intellect and impossible fortune to good use. Over the years he has even been entrusted by outside forces with some truly mind boggling powers. As 2016’s Contest of Champions made clear, however, an Iron Man capable of reshaping the world is the last thing it needs.

Following the reality shattering events of 2015’s Secret Wars, Doctor Doom’s former Battlerealm became the staging ground for some of the most epic confrontations of all time. Various iterations of different heroes and villains were summoned from across the Multiverse to do battle at the behest of the Elders of the Universe. While some of these characters such as the primary Marvel Universe’s Outlaw were easily recognizable as their normal selves, that wasn’t the case for the President Tony Stark who was pulled into the fray. The fact that he didn’t recognize his surroundings upon his first appearance in 2016’s Contest of Champions #9 by Al Ewing, Paco Medina, and Rhoald Marcellius didn’t help matters either. Convinced that this was all an elaborate ploy, President Stark unveiled the true source of his power, as well as the dark reason he should never have been trusted with it.

RELATED: Marvel Is About to Prove Why Ultron Is Not Its Most Dangerous Killer Robot

This Tony Stark had been given the Reality Stone to safeguard. Unfortunately, he only ever used it to make the world into what he wanted it to be. What began as an attempt to save lives in secret during his reality’s first superhero Civil War snowballed into ensuring himself the highest office possible, and eventually all-out tyranny. Even when playing the role of absolute villain, the alternate Iron Man’s hubris was unwavering as he had become fully convinced in the righteousness of his horrifying actions. Worse still is that this particular brand of narcissism isn’t contained to just variants of Tony Stark, but rather is seemingly ingrained into each and every one of them.

Christopher Cantwell and Julius Ohta’s currently ongoing Iron Man series is already set to bring the titular hero into conflict with the rest of the Avengers, and he is bringing the Power Cosmic along with him. Tony’s recently acquired, godlike status is certainly concerning considering his track record with such immense power. He may have gained the Power Cosmic in a bid to stop Korvac but doing so also cost countless lives on faraway worlds when the two combatants turned to hurtling entire planets at one another. There isn’t any doubt that Tony will ultimately lose the Power Cosmic he has claimed for himself, yet that too is diminished by the hero’s incessant need to be something more than the impossible figure he already is.

RELATED: Marvel Proved Why Hawkeye Is a Better Avenger Than Iron Man

Even when working alongside the rest of New York City’s heroes to unseat Wilson Fisk as mayor in the pages of Chip Zdarsky and Marco Checchetto’s Devil’s Reign #2, Tony Stark is deeply disappointed by not being chosen as the face of the opposition party in favor of Luke Cage. This doesn’t mean Iron Man will turn on his allies over not getting to run for office, but it does speak to the root issues that the hero still has not managed to overcome, despite having lived through so many instances of them nearly destroying his life. With any luck, Tony Stark will be able to put his ego behind him before it does any damage that can’t be washed away with a little comic book magic.

John Dodge has been an avid consumer of comic books and nerd culture for as long as he can remember. An expert on competitive gaming and obscure kids shows from the 80’s and 90’s, John has far too many opinions about Beetleborgs for someone in their thirties. You can find him occasionally discussing them over on Twitter at @JohnJDodge.