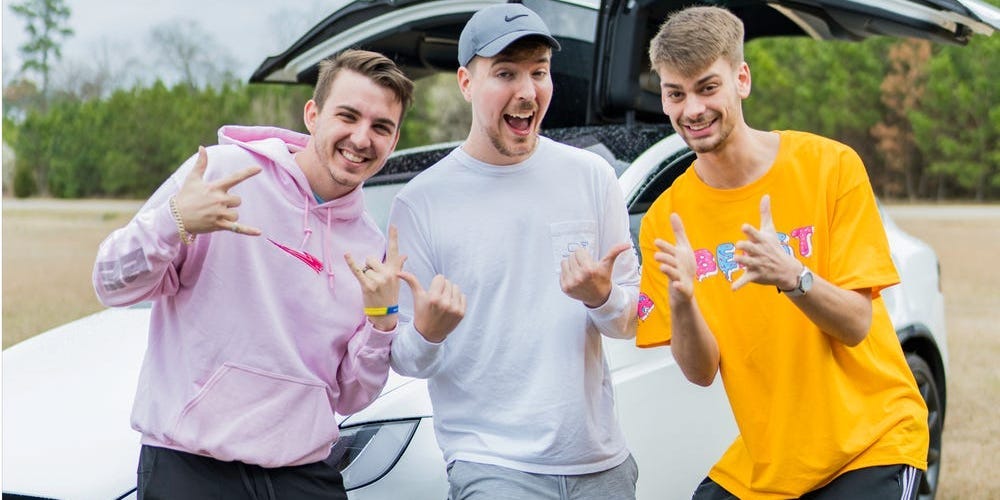 Jimmy Donaldson, the popular creator known online as MrBeast, is expanding his team with 14 open positions, including a production manager, sound designer, and “Minecraft modder.”

Donaldson operates dozens of YouTube channels — including MrBeastGaming, BeastReacts, BeastPhilantropy, and several international channels dubbed in Spanish and French. On his main YouTube channel, alone, he has nearly 90 million subscribers.

Outside of YouTube, Donaldson runs several businesses, like the ghost kitchen chain MrBeast Burger, a merchandise line, and the candy bar company Feastables, which he launched last month.

The creator runs his businesses out of a warehouse in his hometown of Greenville, North Carolina.

Over the years, as his team has grown, he’s hired his friends and family members. He’s shared job openings on Twitter (one such tweet from 2020 has over 60,000 likes),  and his company also has a website, mrbeastjobs.com, which lists all of the open positions.

Current open positions are in various fields, and include remote jobs and positions based in Greenville.

Here are the 14 open positions Donaldson’s business is hiring for:

In a recent interview with tech creator Marques Brownlee, Donaldson refused to share how many people are currently on his team.

On LinkedIn, there are 29 people listed as employees. Two of those employees are Donaldson’s childhood best friends, Chris Tyson and Chandler Hallow, who began working for him full time about 4 years ago.

The team often goes on “travel sprees,” during which they will travel and film videos for a few weeks at a time, Tyson and Hallow told Insider in 2020.

Everyone thinks of video ideas together, they said, and before a video is filmed, they’ll create an outline detailing the script. After the writing sessions, the team will go out and film.

Although working for the the 23-year-old has been an exciting experience for Tyson and Hallow, 11 former employees alleged the star created a difficult work environment, according to a New York Times report from last year.

Matt Turner, an editor for Donaldson in 2019, told the Times that Donaldson often called him by a phrase used to insult people with mental disabilities, leaving him in tears, and that he had struggled to get acknowledgment for his work.

A representative for Donaldson did not respond to Insider’s request for comment about the Times story and the allegations in it.