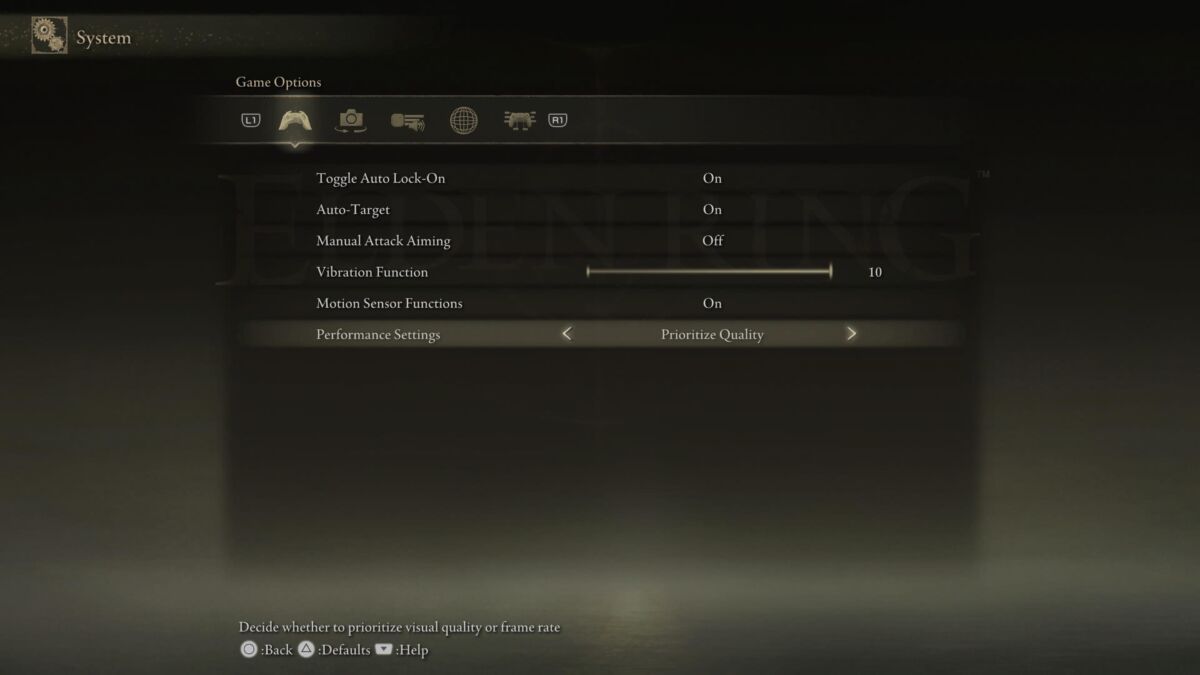 
Elden Ring is a game where you need every modifier and equalizer you can get, so luckily for those on PS5 and Xbox Series X & S, you have the option to change your performance mode.

Simply either from the main menu or in-game, go to System > Game Options and then change Performance Settings.

Here are both of the options:

Prioritize Quality
Aims for a higher fidelity resolution over framerate.

Prioritize Framerate
Tries to stay at a consistent 60fps with a lower resolution.

We’ve played around with both of these settings on PS5 and think Prioritize Framerate is comfortably the better option, as the world of Elden Ring still looks great below 4K, and the other mode had quite a few frame hitches and pop-ins during our playtime.

It’s not a killer by any means, as you could probably still enjoy yourself, but it feels smart to get every frame that you can in a game as difficult as Elden Ring. Still, if you want to look beautiful while you die over and over again, you know the mode for you.

READ NEXT: Elden Ring: How To Unlock Summoning & Co-Op

Some of the coverage you find on Cultured Vultures contains affiliate links, which provide us with small commissions based on purchases made from visiting our site. We cover gaming news, movie reviews, wrestling and much more.