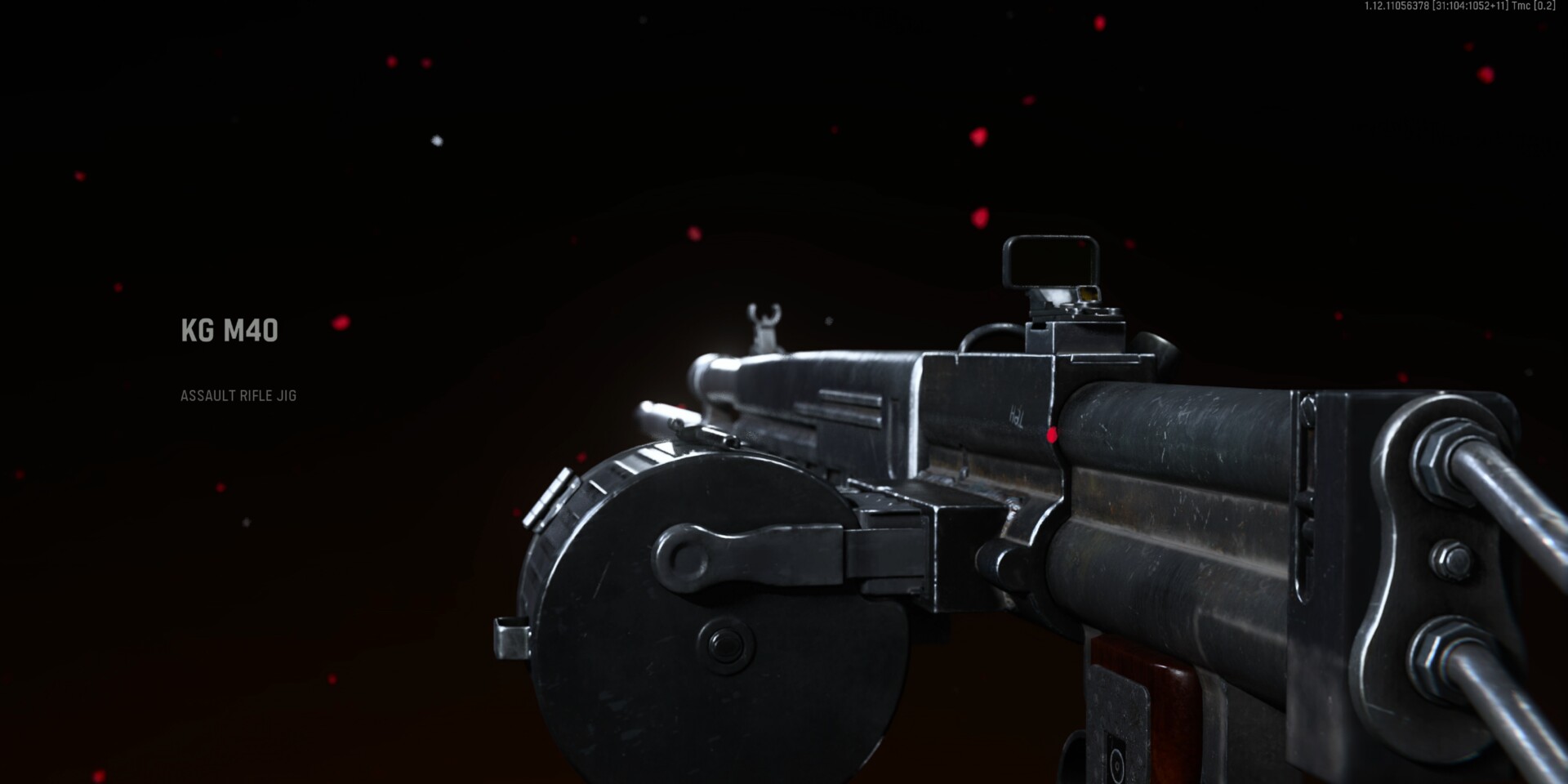 Although it was delayed, Call of Duty: Vanguard Season Two has finally arrived. The new season has seen the debut of new content across multiplayer and zombies. As always, some new weapons are available to use. The KG M40 is the latest assault rifle to be added to Vanguard, and you can unlock it for free once you reach Tier 15 of the battle pass. With the best attachments equipped, you can build a powerful KG M40 class to kick start Vanguard Season Two.

Already, the KG M40 wields a respectable amount of accuracy and steadiness. This class will focus on maximizing those features to make the weapon as accurate as possible. In addition, the fire power will be increased to make the assault rifle strong at long range.

Let’s begin breaking down the class set up. The first attachment is the Recoil Booster muzzle, which will increase your fire rate. Also, the Reisdorf 720mm Shrouded barrel adds many benefits to your gun that will make it more powerful and accurate. Once equipped, you will experience reduced scope sway and gun bob, recoil control and accuracy, and better flinch resistance. Thanks to this attachment, a boost will be given to the bullet velocity of your assault rifle, too. Pairing this with the M1941 Hand Stop will continue to improve the accuracy and recoil. To ensure your shots are accurate as soon as you begin firing, the Stippled Grip will do just that, with initial accuracy and recoil and recoil recovery.

Moving on to the bullets, the .30-06 50 Round Drums will guarantee that your KG M40 class packs a punch in Vanguard. Selecting this magazine will add to your bullet velocity, range and magazine capacity. At the same time, you will be able to deal more damage and have higher bullet penetration. Moreover, the Lengthened ammo type will grant you even more bullet velocity, making it deadly at range. The Fully Loaded kit will then ensure you are taking the maximum starting ammunition to the battlefield.

There are a few more attachments to note. The Vital proficiency will transform your gun by increasing the area for critical kills, allowing you to shred through opponents much quicker. Next, the VDD 22G Padded stock is useful for sprint to fire speed and movement speed. The KG M40 may remind you a little of a light machine gun, and the enhanced movement will make it feel more like an assault rifle. The final attachment is the Slate Reflector optic to allow you to take advantage of the raised accuracy and firepower.

The KG M40 is best suited to fights at long range in Vanguard. Using it alongside a pistol such as the Ratt can prove useful in close-quarter engagements or if you need to reload mid-gunfight.