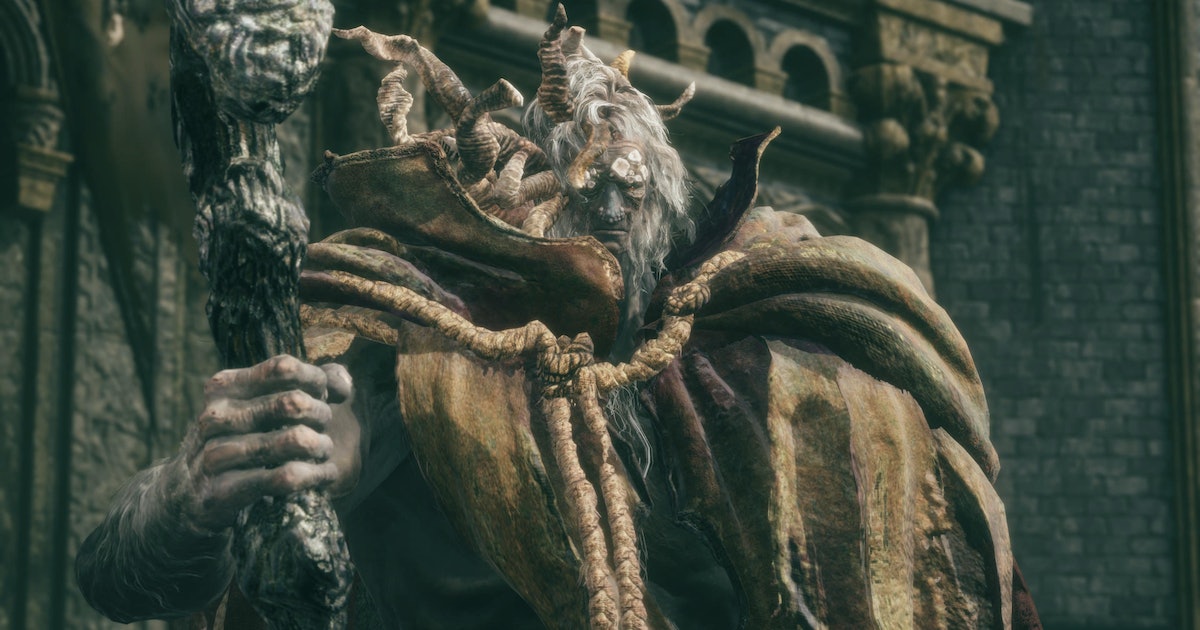 
While you can technically stumble upon numerous Elden Ring bosses at any time, the first major encounter is Margit, the Fell Omen. He’s located just before Stormveil Castle and is the game’s first extremely challenging skill check, even for experienced players. Thankfully, there are some effective strategies you can use to make your life easier dealing with this boss. In addition, you can even skip the fight entirely, though we recommend coming back to defeat him at some point. However you choose to handle it, here’s all the info you need to know to handle the first major boss fight in Elden Ring.

How to prepare for the Margit boss fight

It’s best to have as many Flask upgrades as possible and to allocate most of them to Crimson Tears (healing) unless you have powerful magic. The other thing we highly recommend grabbing is the Margit’s Shackle item, which temporarily freezes the boss in place, allowing you to get easy shots in.

To find this item, you need to visit the Murkwater Cave, which is just west of this boss fight along a river. Head inside the cave, make a right, and be careful not to set off the bell traps that attract enemies. Keep going until you see a chest and once you open it, Patches will appear as a boss. Get him down to around 75 percent health and then spare his life. Come back and he’ll sell you the Margit’s Shackle for 5,000 Runes. Make sure you equip it for the boss fight.

Aside from that, you can also summon Sorcerer Rogier, whose Sign appears right by the boss door. Keep in mind, summoning an NPC does increase the boss’ overall health, but having the extra help is often worth it.

It’s also smart to bring the Lone Wolf Ashes with you to summon wolves that’ll distract the boss as you attack. If you have the Lone Wolves and Rogier on your side, you’ll be able to take Margit down quickly.

Other than that, we advise having an upgraded weapon to deal as much damage as possible. At this point in the game, you likely won’t have access to the best upgrade materials, but a +3 weapon will likely do the trick.

Margit, the Fell Omen phase one

During phase one, Margit has only a few attacks, most of which are easily telegraphed. The first one is his jumping slam, so if you see him do this, quickly roll behind him before he hits the ground. Margit also has basic staff attacks and a much more devastating swipe where he winds up beforehand. When he winds up, roll behind him and attack as you have been.

You can also parry his basic melee attacks, though the timing window is pretty narrow. If you can pull it off, you can execute a critical hit on Margin, dealing significant damage.

The other move to watch out for is his righthanded dagger attack, which is much harder to telegraph since it’s so quick. If you put enough distance between the boss, he’ll throw daggers at you, so be sure to roll through these as well. If you have the Margit’s Shackle, make sure to use this periodically throughout the fight to get in some easy hits.

Once you get the boss down to around half health, phase two will begin.

During phase two, Margit becomes slightly more aggressive and introduces a new hammer attack into his arsenal. Not only can he hit you with this move while standing in place, but he also incorporates a massive jumping area of effect (AOE) attack using the hammer, which you’ll want to avoid at all costs.

If you have any Wolves left, or if Rogier is still alive, try to attack while Margit is focused on them. This way, you can pull his attention away from the NPC, allowing them to deal additional damage from behind. Once Margit is facing you, try to parry his basic attacks so you can dish out a devastating counter.

Right after Margit finishes a move, you should roll behind him and go for a charged R2 (RT) attack, which has the ability to stun him (as shown in the video above). You can then go in for a critical attack similar to the way you would if you parried him.

How to skip the Elden Ring Margit, the Fell Omen boss fight

If you absolutely cannot beat Margit in your current state, you do have the option to skip the fight. To do so, head from the Stormhill Shack Site of Grace and make your way north under the broken bridge overhead. Keep following this path to the northeast and you’ll come across an NPC on another broken bridge. Follow this bridge as far as you can go, and drop from to the left at the end of it.

Then, follow this path along the cliffside to the north where you’ll eventually come to the Lake-Facing Cliffs Site of Grace, right by an NPC. This will allow you to skip the Margit fight entirely, but we advise coming back to fight him in the future.