2021 was an odd year for video games. While there were plenty of great titles that took over the internet, there were some that did it for the wrong reasons. The ongoing pandemic has caused a lot of studios to work from home, leading to delays and reworkings, harder working conditions, and struggling to hit deadlines. But sometimes, publishers and investors force them to release unfinished games anyway and fix the issues later down the line. This is something we saw prominently in Cyberpunk 2077’s case and is a practice that’s still being upheld.

Games from big-budget developers have high expectations to fulfil, and when those aren’t met, leads to severe backlash and ridicule on social media. So, here’s a list of notable half-baked games that came out within the past year.

Following a two-year development by their mobile games division, Rockstar Games launched a remaster of their classic titles – GTA 3, Vice City, and San Andreas. The trilogy was revamped for a new generation and featured massive visual and technical overhauls that received a mixed reception.

Upon launch, the version was riddled with game-breaking bugs, typos, badly rendered textures, and more. Character models looked deformed, bridges went missing, and the iconic soundtrack was completely stripped off. On San Andreas, some people experienced rainfalls so heavy, that made it almost impossible to see anything on-screen. To add salt to the wound, data miners on the PC version were able to find uncivil developer comments, unlicensed music files, and the controversial ‘Hot Coffee’ sex minigame within the code. The game is riddled with typos, as seen above, ‘Perfumes’ is spelt as ‘Pirfumes’. (Image credit: Screenshot – r/GTA)

As damage control, Rockstar pulled the PC version from sale and shut down their servers for 24 hours to fix the issues. Or more importantly, to get rid of those “unintentional files.” The game was soon brought back to PC, but people had already moved on and started refunding their copies. Since then, Rockstar has begun work on ironing out the bugs and as a token of apology, even brought back the original trilogy to their online store.

One of the most ambitious shooters this year, Battlefield 2042 got off to a brave start when they announced stripping away its single-player story mode. With a heavy focus on its multiplayer segment, the game introduced cross-platform play, bigger maps, and 128-player matches. The stakes were extremely high, and even the early access version made it clear that the game was far from finished. But EA released the game either way and within a week, BF2042 went on to become one of the worst-rated games on Steam. It is incomprehensible to believe that the developers released the game in state where you could ride hovercrafts along vertical walls. (Screenshot – Battlefield 2042)

From launch day, reports regarding unstable servers and ridiculous bugs started to pile up. The game would crash upon joining a match, bullet hits wouldn’t register, and it was an overall laggy mess. Weapons and vehicles were unbalanced as well, where you could ride hovercrafts across vertical walls and was practically more reliable than an army tank. Classic Battlefield trademarks such as destructible environments and realistic soldier movements were no longer to be seen, and the developers even messed with its iconic soundtrack, where it almost sounds like whales crying. Floating bodies in BF2042 prevented players from being able to resurrect their teammates at times. (Screenshot – Battlefield 2042)

But above all, their biggest lack of judgement has to be the removal of the scoreboard and in-game voice chat. In an online multiplayer shooter, these things are basic essentials that help you strategise and plan out your actions. But, the developers got rid of it as a way to prevent toxicity, albeit muting voice chat is always an option for players. BF2042 is now undergoing big changes in the form of 4 separate patches.

To compete with EA’s FIFA franchise, Konami decided to opt for a free-to-play strategy this year, where players could enjoy the football simulation game as an online service. The title, formerly known as ‘Pro Evolution Soccer’ was rebranded to ‘eFootball,’ and was the first in the series to use Unreal Engine 4, though it didn’t pan out too well. 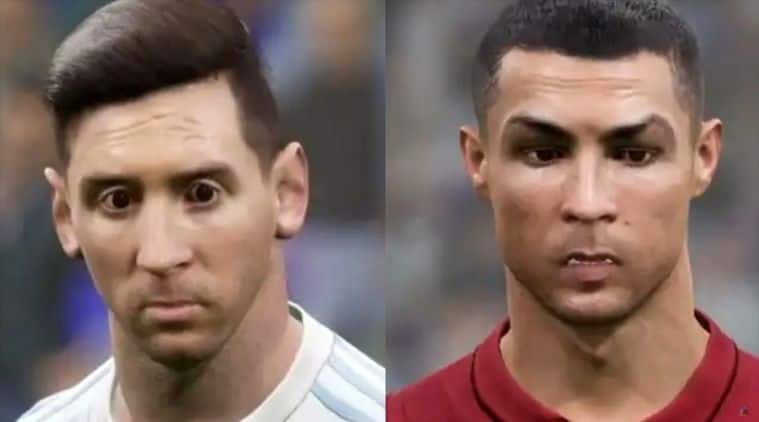 Upon launch, eFootball 2022 became a laughing stock, where both fans and critics commented on its atrocious visuals. It didn’t take long before the embarrassing screenshots of a deformed Ronaldo and a tired-looking Messi circled throughout social media. From a technical standpoint, the game had a laggy engine that wouldn’t respond to your controls, poor gameplay, and the grass fields would often start flickering. Even the core aspect of a football game, the ball physics were completely off the roof, where it would behave weirdly and won’t go to the person you were passing it to. Besides that, it also lacked content, offering only 9 playable teams and a one-time-only online tournament ticket.

eFootball 2022 currently holds a 92 percent negative reception on Steam, and Konami even had to come forward and apologise for their mistakes, promising to fix the game in future patches.

The whole point of creating a VR-based shooter is that you get more flexibility than you would on a standard console or PC. DOOM 3 VR, however, is a direct, completely unchanged port of the classic PC game, made for the keyboard and mouse. The environment and enemies are on a 2-dimensional plane, certain movements don’t work as intended and are generally slow, and it won’t even let you dodge incoming projectiles. The “immersive VR” aspect was non-existent, where crouching in real life wouldn’t translate in-game and during cutscenes, you couldn’t even walk around. You just stand still and watch the sequence play out as it would on a normal display screen. Despite being a 2021 release, the game didn’t have any graphical or sound upgrades either, and about half the playtime is spent on scaling your height in accordance with new levels and enemy types. There are some games that are never meant to be played in VR, and this right here is a great example.

Upon reveal, Balan Wonderworld became one of the most anticipated titles this year, all thanks to its visionary director Yuji Naka’s involvement. As a 2D/3D puzzle platformer that took heavy inspiration from his previous ‘NiGHTS’ games, it was quite slow-paced and had an awkward control scheme that relied on a tedious one-button mechanic. 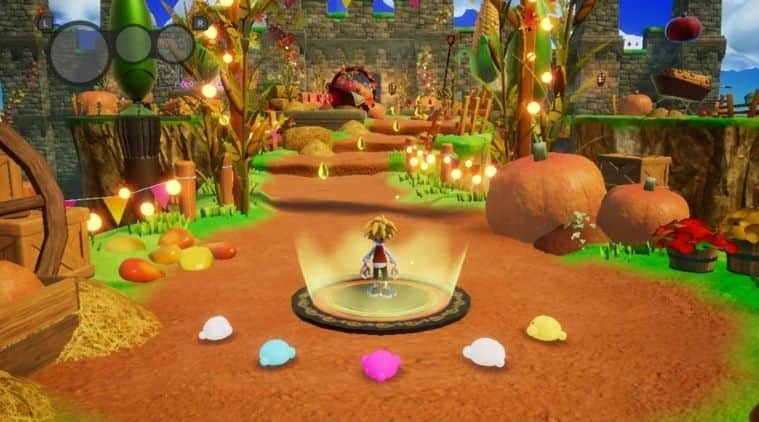 Structurally, it was like a sandboxy Super Mario game, but here you could put on different costumes that would give you special abilities, pass through levels, and fight a boss at the end of each chapter. It is way too much content for a simple platformer and just feels messy. Visually, it looked like a game that was released 10 years ago and the story was told in chunks, forcing the player to buy a separate e-book to get the complete picture.

On Metacritic, the game was listed as the worst Switch release of 2021. And shortly after its disastrous launch, Yuji resigned from publisher Square Enix to pursue independent opportunities.