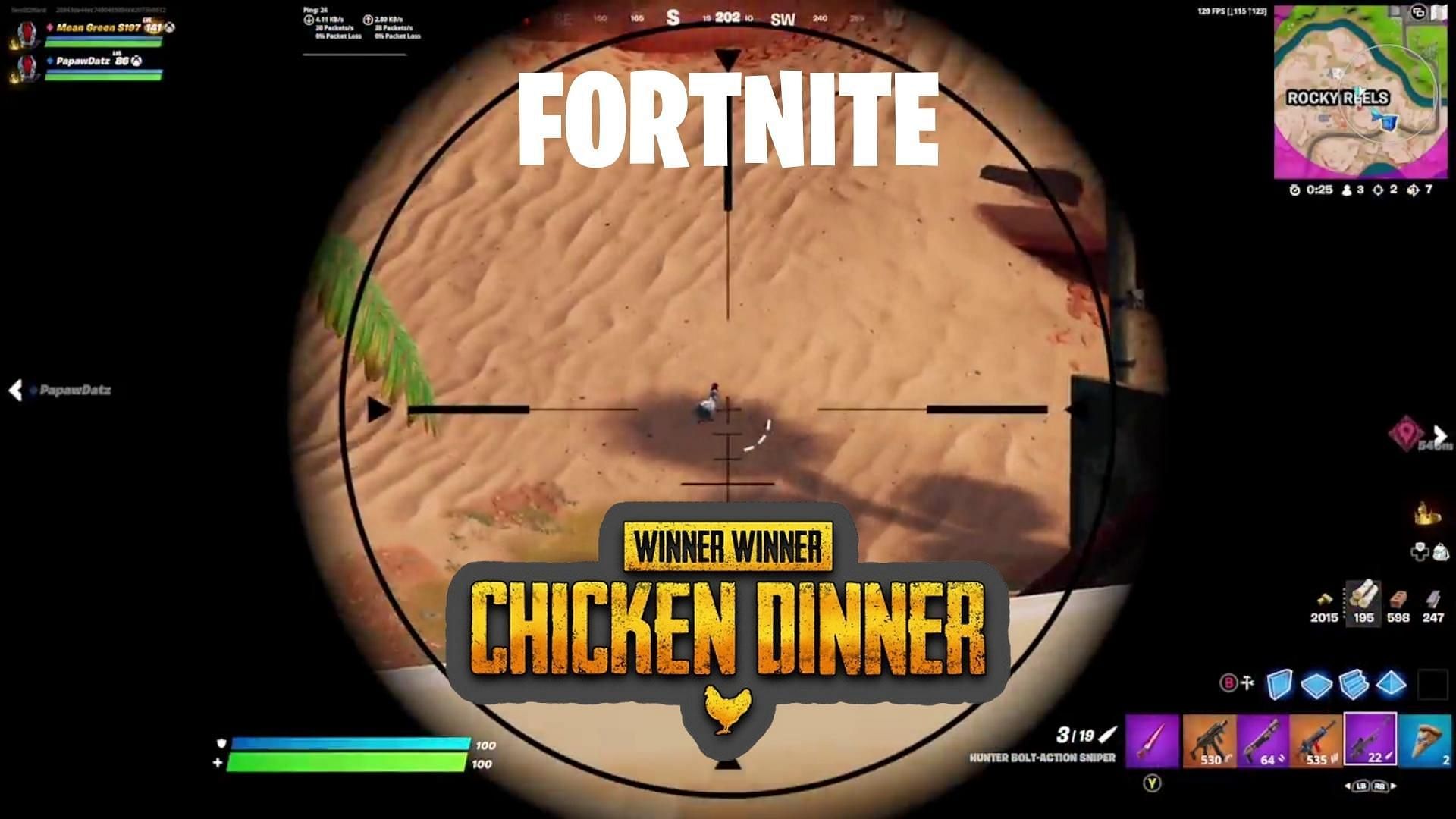 Fortnite is a game that gives its players moments that they see very rarely in any other game. From glitching under the map to rocket riding across the entire island, the ever-evolving battle royale title surely has its fun moments that bring the loopers joy.

The game does have a history of glitches and meta that its players abuse, but sometimes they witness something so unusual that they cannot comprehend. One such moment was witnessed in a match by a looper where what he did to win the game left viewers in disbelief.

Fortnite player eliminates a chicken to get a Victory Royale

A clip by Reddit user Mean_Green_S197 shows the unusual that is an extremely rare sight in Fortnite. The user was in a duo match with his partner where they were the only duo squad alive except one solo player, bringing the final count to 3 players on the island.

The looper donning The Foundation skin, builds a ramp to take the high ground so he can spot his final remaining opponent. Upon doing so, he spots a chicken roaming around in front of him. The player makes an impulsive decision to snipe the chicken, which inflicts certain damage to it.

However, strangely upon killing the chicken, the player and his partner win the match with a Victory Royale. He was left in disbelief as to what he had just witnessed. While some are calling this a strange occurrence, regular Fortnite players can hear the sound of an ongoing fight, which might have been timed by the duo, to clip this rare moment.

Guess the player gave a new definition to “Winner Winner Chicken Dinner,” but this time by winning Fortnite matches. 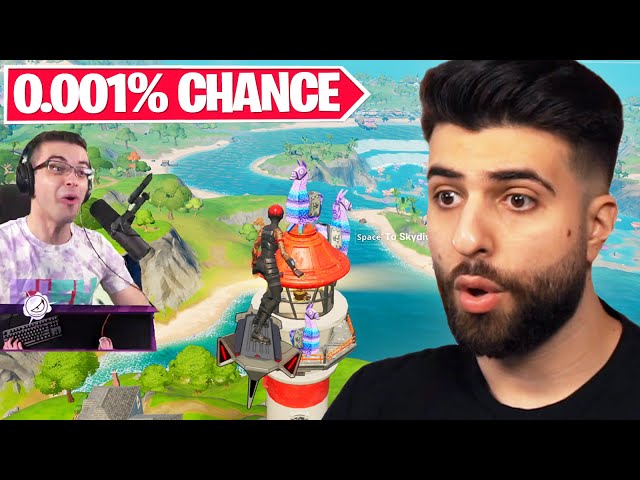 Loopers are not new to rare moments in the battle royale game that are both lucky and weird, given the bugs the current patch carries. Even pro streamers, when they are in a match, come across such moments that they show to their fan base, which in turn multiplies the number of players trying to get the same glitch.

Recently in Chapter 3, players have been facing such glitches pretty often and are experiencing infinite XP farming through bugged Creative Maps. Even in Battle Royale mode, players have been using the new meta and glitches to their advantage, whether it’s the one of opening a vault with a chicken or glitching out under the map. Loopers are yet to experience their beloved battle royale title completely glitch-free.