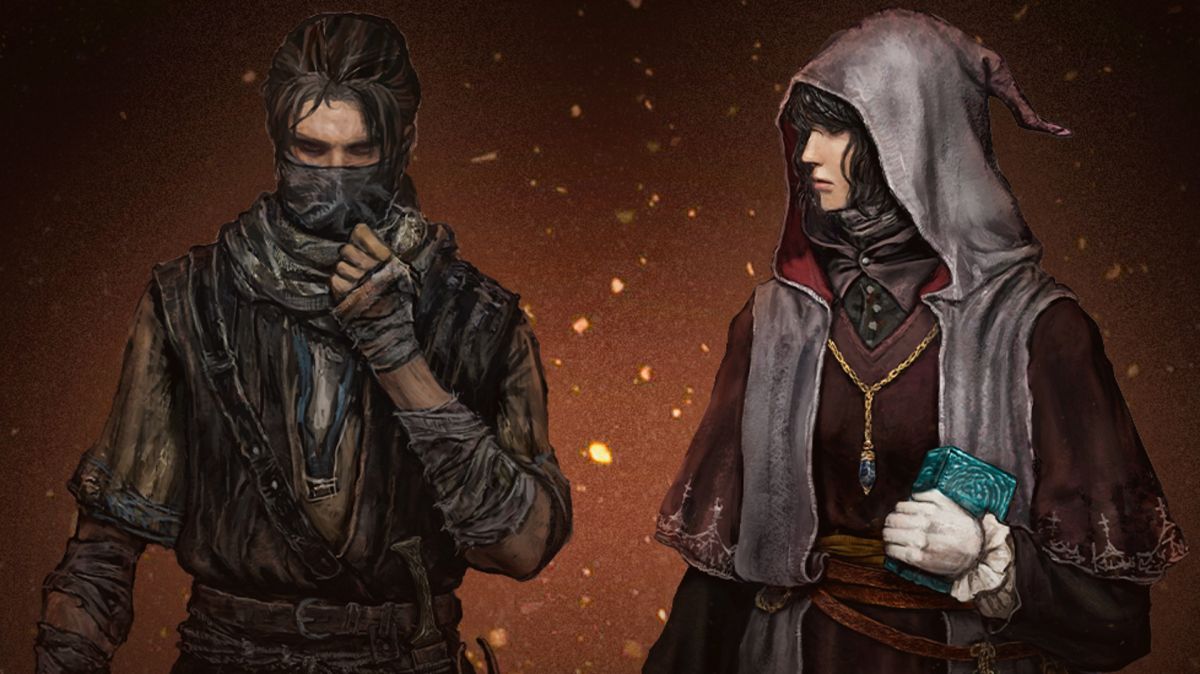 The Astrologer takes a more intellectual approach to making things happen: “A scholar who reads fate in the stars. Heir to the school of glintstone sorcery.”

BANDIT: A dangerous bandit who strikes for weak points. Excels at ranged combat with bows.ASTROLOGER: A scholar who reads fate in the stars. Heir to the school of glintstone sorcery.Pre-Order #ELDENRING: https://t.co/PTkxSAMqvh pic.twitter.com/KlpwDeVYhGFebruary 11, 2022

As with yesterday’s Prisoner reveal, there’s no real detail here, but the basics seem fairly apparent: The Bandit looks like a typical rogue-style character—high damage modifiers, but a little on the delicate side—while the Astrologer is all about throwing around magic: “Glintstone sorcery” is a type of spellcasting that enables some pretty powerful effects, like conjuring magical weapons or calling meteors down from the sky.

The repeated nods to space are curious. FromSoftware has surprised us with extraterrestrial beings before with Bloodborne. The Astrologer class could be a hint at a faction that is playing with stuff that’s a little out of their reach. We only have things like the gameplay trailer where a character asks to be delivered “unto greater heights” to go on though. But Elden Ring fans will latch onto anything, and frankly, I support them.

This brings the total number of revealed Elden Ring classes to eight: The five that were available in the network test—Warrior, Enchanted Knight, Prophet, Champion, and Bloody Wolf—plus the Prisoner, who we met yesterday, and now the Bandit and Astrologer. I expect that we’ll see even more characters unveiled in the leadup to the launch of Elden Ring, which is set to happen on February 25.