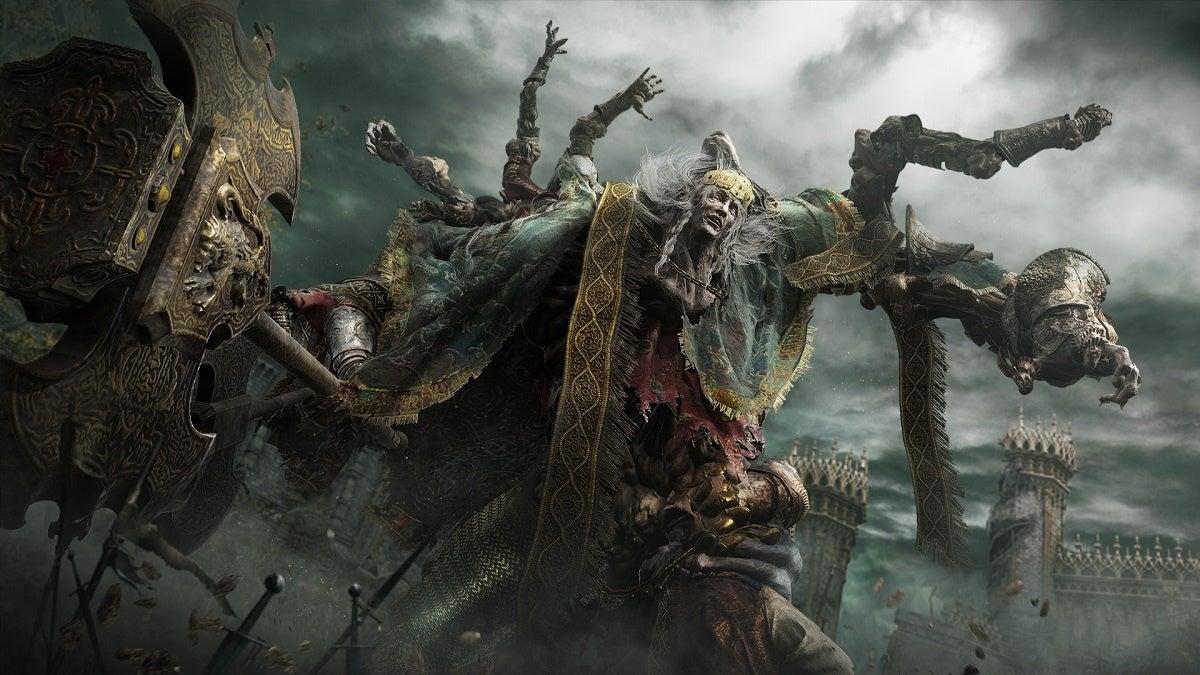 
If you’re one of the many Elden Ring players who haven’t yet beaten the game’s first major boss even with a traditional controller and an optimized setup, we’ve got some potentially dismaying news for you: Someone beat Godrick the Grafted using bananas. The player who goes by Super Louis 64 didn’t do so with some wonky banana-shaped Elden Ring weapon but instead did so with a literal bunch of bananas rigged to different Elden Ring inputs.

For those who don’t believe this could’ve possibly happened, you can see a video below from Super Louis 64 showing the content creator beating down Godrick with a bunch of bananas. With several bananas laid out in front of him, the savvy modder was able to tap on different bananas to issue commands such as rolling, attacking, and general movement. The result is the end of the Godrick fight that looks like it was played out on a normal controller with how easy it appeared to be.

AND WE BEAT GODRICK WITH THEM LETS GO #ELDENRING pic.twitter.com/ZOjzYb8Sgo

Now that you’ve seen it’s possible, you can check out the video below to show how the banana setup works. We won’t pretend to understand the finer details of the banana-to-game compatibility setup, but each banana is set to different inputs required to play Elden Ring. Not every input from the game is available, however, with only the basic survival commands configured for use with the bananas. After developing some “Banana Muscle Memory” through using these like a normal controller, Super Louis 64 was able to work up from fighting normal enemies on foot and on horseback to fighting Godrick himself.

The same content creator also managed to play Elden Ring with a Ring Fit controller not long before the banana escapades. A video from a year ago shows them beating Dark Souls in its entirety with the banana controllers, but for now, we’ve only seen Godrick defeated in Elden Ring via this method.

Banana controllers or not, Godrick’s proven to be quite the toughie for people who may progressed through the beginning parts of Elden Ring with or without issues. He’s a mandatory boss which means you’ll have to keep trying or go on your own anime training arc to return later and beat him, but once you do, you’ll be able to join the ranks of many others who’ve triumphed over Godrick.