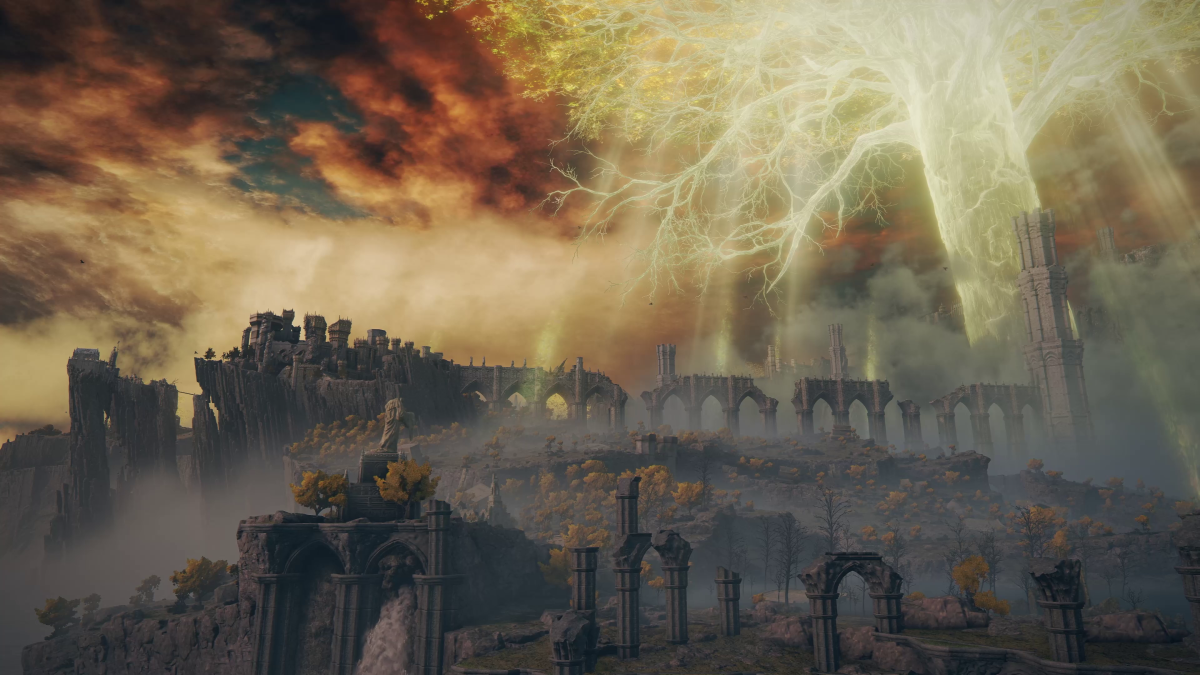 The Elden Ring launch trailer is here, and it’s got some stunning environments and enemies.

Just below, you can check out the launch trailer for yourself, which debuted earlier today. Elden Ring’s ambiguous story is set up in the launch trailer, where the player character becoming a Lord, a God, or just Forsaken is teased by the usual narration we’ve come to expect in FromSoftware trailers.

Though shattered, it shall guide thee. Though fractured, it yet calls. Enact thy will. Become Lord. Seek the Elden Ring.ELDEN RING releases on February 25, 2022.Pre-order #ELDENRING: https://t.co/r1s11hud4J pic.twitter.com/SQh62tTa8HFebruary 22, 2022

There’s some absolutely spellbinding locales and enemies in the Elden Ring launch trailer. We can see the player character navigating decrepit ruins, rolling down rivers of molten lava atop a strange contraption, and even standing amidst what appears to be a formless void.

Just your typical day for FromSoftware viewers, then. There’s also quite a few enemies in the trailer which look like a sure bet to be boss encounters in the final game, so you might actually want to avoid watching the trailer above if you want to go into Elden Ring completely unspoiled.

Elden Ring launches later this week on Friday, February 25, for PC, PlayStation, and Xbox systems. After so many years of eager anticipation, FromSoftware’s biggest-ever game is right around the corner from launch. So far, at least, it looks to be a thrilling adventure, perfectly at home for fans of Dark Souls, Demon’s Souls, or Bloodborne.