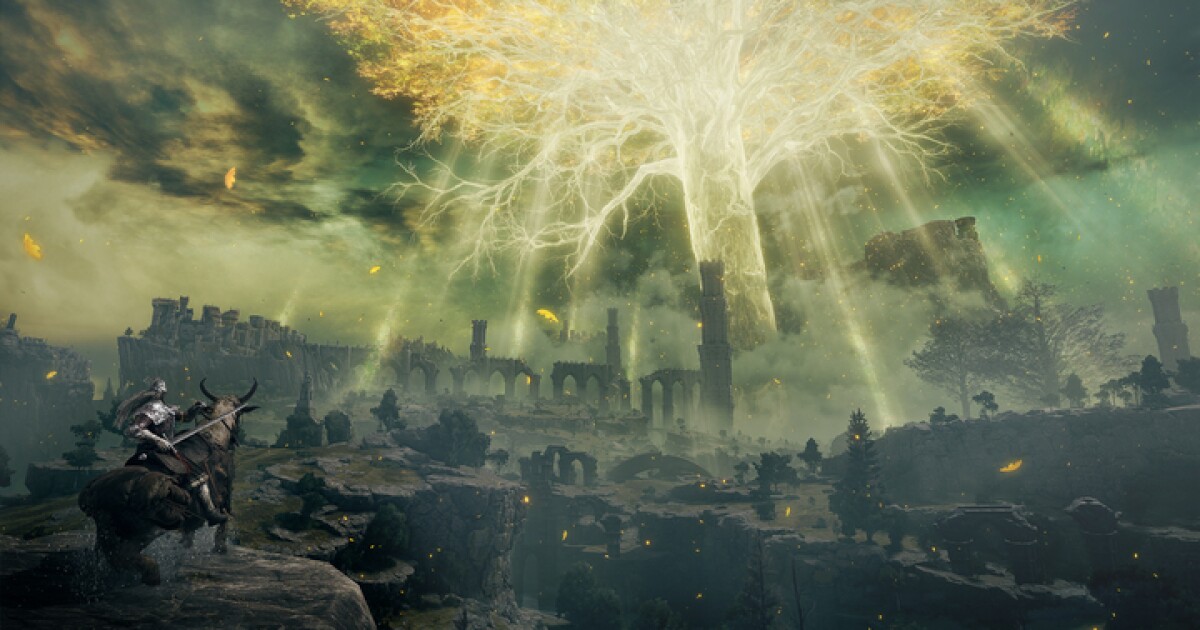 “Elden Ring,” FromSoftware’s latest and most anticipated video game, is a massive, boss-hunting adventure that masterfully incorporates mechanics from its previous titles to tell a story that’s unique, yet equally enjoyable to Soulsborne veterans.

Whereas players in traditional Dark Souls fashion were tasked with defeating increasingly difficult opponents without ever knowing why (apart from some ambition of becoming the greatest or attempting to reverse a worldwide curse), creator Hidetaka Miyazaki gives plot-hungry gamers here a more straightforward story to chew on, enlisting the storytelling wizardry of co-writer George R.R. Martin (“Game of Thrones”).

The story begins with players using the same door-opening animation of “Bloodborne’s” chalice dungeons to take their first steps into “Limgrave.” But in this case, what lies behind the first door is not a dark and dreary cave but a vast field of blowing grass, visible far-off castles , unexplored ruins , hostile and nonhostile characters of all sorts, and several glowing trees planted at key locations on the map.

References to FromSoftware’s critically acclaimed past games are sprinkled throughout the adventure — Sekiro’s Gyoubu Oniwa and Ashina Arts combos, Dark Souls II’s weapons’ stances and III’s Darkeater Midir, to name a few — but it would be a grave disservice to characterize “Elden Ring” as merely a “spiritual successor” to any of the aforementioned titles.

It’s a work of art that’s different in both atmosphere and overall playability, outpacing anything the video game company has ever released before.

The vegetation of small villages is painted with warm colors of autumn. The volcanic lands of dragons reek of sulfur and smog. Snowfields, wetlands, windstorms and other location-specific weather conditions make it feel like you’re truly traversing the real world and its various climates. And its time-of-day meter, also another first, can affect what you encounter during your playthrough.

This sandbox is massive. You are given a trusty steed, compass and map, and ability to fast-travel with very little restriction. And yet, I still had trouble relocating optional bosses I’d decided to skip and return to. (In my search, numerous times I stumbled across what appeared to be minor hidden areas from the outside that opened into larger labyrinths with even more mini bosses.)

The abundance of foes and the freedom to fight or flee at a moment’s notice gives players a truly open world experience. It’s fair to make “The Legend of Zelda: Breath of the Wild” comparisons, but I’ll add that I personally felt some areas gave a nod to “Shadow of the Colossus.”

And as for the learning curve that comes with all FromSoftware games, Elden Ring could be considered the most difficult but also most forgiving. The abundance of checkpoints and few seconds reload time of next-generation consoles means you’re right back in the action after each failure.

But it’s possibly the most challenging because of the range of its enemies. While the final obstacles of previous games — “Orphan of Kos,” “Isshin,” “the Sword Saint” and “Slave Knight Gael” — each take a different skill set to defeat, memorizing their few combos and countering accordingly was sufficient for victory.

The sheer number of attack combos that hostile characters have to work with in this game makes victory a lot more rewarding, and players will feel both impressed and frustrated with how creatively they’ve been designed. (And if you’re too frustrated, you have the option of an easy mode … *cough* magic *cough*).

There is no doubt players will find this game to be an enjoyable experience. And it’s an excellent example of a developer reusing features that were favorable in the past and scrapping what was not.

My only concern is its player-versus-player feature, which I did not experience in my pre-release playthrough of the game. Any game that gives players the option to warp into another player’s world and become an enemy themselves will be met with issues such as internet lag and thus wonky hitboxes, which aren’t necessarily the fault of the game design.

By Friday’s release day, we’ll see whether “Elden Ring’s” version of “Iron Keep bridge” can run in-game tournaments without those issues from the past.