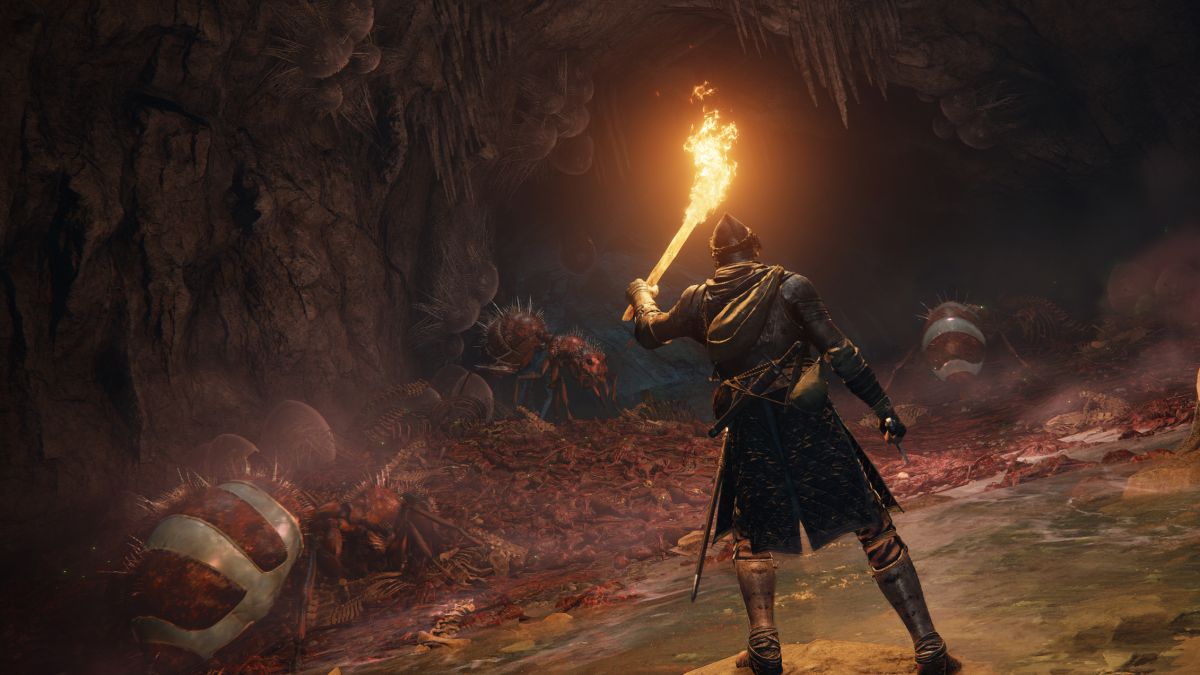 Elden Ring, like every Souls game before it, will unfortunately include a poison swamp: a presumably nasty area where you’re assaulted by enemies and projectiles that inflict you with the relentless ticking damage of a poison debuff. It turns out creator Hidetaka Miyazaki can’t help but make one every time.

“While making this game I rediscovered my love for making poison swamps,” he told Game Informer. “I know how people feel about them but I suddenly realize I’m in the middle of making one and I can’t help myself. It just happens.”

This time, the swamp, or swamps, will not only include poison and toxic effects (Dark Souls fans will know this as a more brutal version of poison), but a new affliction called Scarlet Rot. Scarlet Rot sounds like the worst of the three, and Miyazaki said he hopes “you look forward to it.” Considering that this is the man that helps make games in which freaky lizards can petrify and instantly kill you, this doesn’t bode well.

The Souls series, all the way from 2009’s Demon’s Souls, has always included swamp areas to trudge through, and they’re always the worst. The most notorious of them is Blighttown from Dark Souls, but even Sekiro had its own acidic zone with Ashina Depths. They’re infamous because their difficulty doesn’t come from fighting a monster: it’s just about struggling through the area, like being forced to walk through thorny berry bushes on a hike.

Recently Miyazaki said he doesn’t “want new players to worry or stress about that difficulty too much,” and that they have the option of exploring other areas in the game’s massive open world should they find something too tough to tackle. If the poison swamp is particularly tricky, at least I know I can find something else to do.

Even still, FromSoftware could have made any new type of area in Elden Ring and it chose to make a swamp zone. I can’t say I didn’t expect it, but it’s rude regardless. I expect solidarity with every poison swamp survivor when Elden Ring launches on February 25.