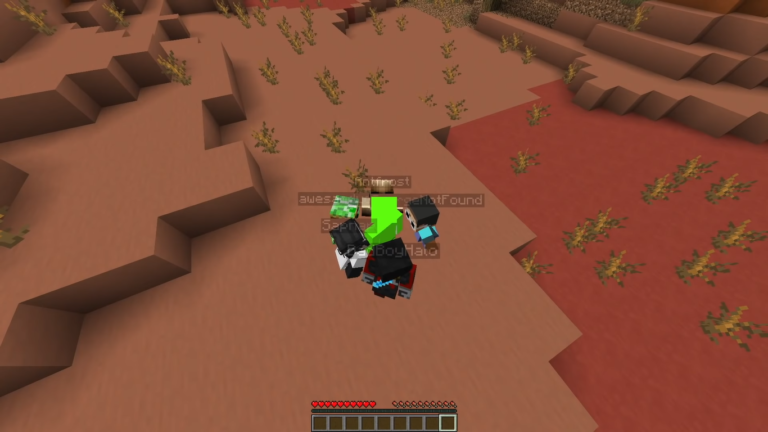 Popular YouTuber and streamer Dream premiered the finale to his hit series Minecraft Manhunt yesterday. The series began on Dec. 16, 2019, and is Dream’s most popular piece of content, with one of the Manhunts boasting an impressive 108 million views. The Minecraft Manhunt series centers around Dream as he tries to beat the game while a number of his friends try to stop him.

The series began with Dream being hunted in numerous ways, sometimes with different mods by fellow creator GeorgeNotFound. While these videos are where the idea began, it wasn’t until Sapnap joined and Dream was chased by the pair that the series truly became a success.

After Dream’s victory against GeorgeNotFound and Sapnap, BadBoyHalo was added as the third hunter, Antfrost as the fourth, and Awesamdude as the fifth. Each new hunter brought many new videos in the series over the past two years, and the leader in victories went back and forth between Dream and the hunters.

The finale of the series aired today, and it ended with a perfect callback to how Minecraft Manhunt started.

In “Minecraft Speedrunner VS 2 Hunters,” the video that kicked off the series, there is a moment near the end of the video where Dream is hit off the edge of The End by GeorgeNotFound and Sapnap. Water is flowing off the edge and Dream catches himself in it, but then the source block is covered by the hunters and all looks hopeless for him. GeorgeNotFound then hits Sapnap and kills him, believing they have won and celebrating early even though Dream had not officially died yet. Dream then realizes he has ender pearls, uses one to save himself, and ends up winning the Manhunt because of GeorgeNotFound’s mistake.

In today’s final Manhunt, Dream killed four other hunters in The End and it came down to just him and GeorgeNotFound. Dream was hit by GeorgeNotFound and, in a moment just like in “Minecraft Speedrunner VS 2 Hunters,” he fell off the edge into a water source that is slowly disappearing. GeorgeNotFound hit the ground on The End island and died. The hunt seemed lost for Dream as he looked through his inventory and realized he had nothing. However, he used a fishing rod to reach the spot where GeorgeNotFound died and grab his ender pearls, saving himself.

Because all the hunters died and lost everything, this moment that pays homage to the first true Manhunt gains Dream an impressive final victory. Several moments in the finale are reminiscent of the best parts of the Minecraft Manhunt series.

In the video, Dream said while this is the end of Minecraft Manhunt for now, there is still a chance for it to come back in the distant future, and if enough people want it, the cast will probably do six hunters eventually. He also said he and the rest of the Manhunt crew will do a Minecraft Manhunt in real life at two million likes on the final video.

While fans may be sad to see such a series come to an end, Dream has promised more exciting content will come soon, along with a shift in the kind of content on his channel. Dream has plans to reveal his face and do IRL content as soon as his friend and fellow content creator GeorgeNotFound can move to the United States and the Dream Team meetup can finally happen. The end of the Manhunt era promises an exciting new beginning for his fans.