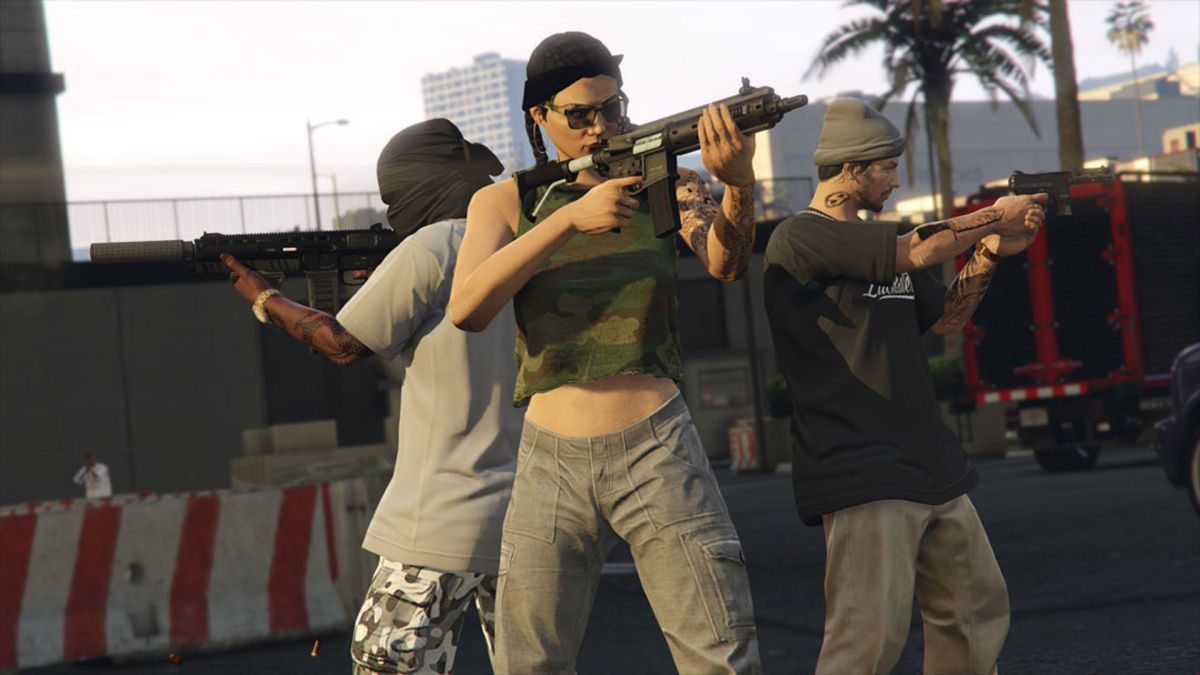 
The world has changed dramatically in the last nine years. That’s true of all aspects of our lives; the way we interact with and consume entertainment included. Perhaps that’s why the limitations on GTA Online cross-play between generations and platforms feel so significant, particularly as the established criminal enterprises that inhabit San Andreas begin to inevitably schism following the enhanced edition release on March 15. PS4 and PS5 GTA Online owners can not play together, nor can those split between the Xbox One and Xbox Series X versions of the game, and PC players remain secluded on an island surrounded by mod-infested waters.

GTA 5 crossed into a third console generation this week, arriving on PS5 and Xbox Series X with a raft of new-gen enhancements – improved load times, texture quality, graphical fidelity, frame rate, and more. Initial playtests suggest that developer Rockstar Games has done a hell of a job here, somehow dragging more life still out of the blockbuster GTA 5 Story Mode and dynamic playground that is GTA Online. If I didn’t know otherwise, it would be difficult to believe that GTA 5 launched in 2013 for PS3 and Xbox 360.

As fantastic as the package is to this day, it does have limitations – even if they aren’t immediately apparent. Given the age of the underlying codebase and complexities involved in keeping it operational, perhaps it’s no surprise that GTA Online isn’t able to endure cross-play between PlayStation, Xbox, and PC – it simply wasn’t built for it. Although I am surprised that it isn’t able to support sessions between the existing and enhanced versions of the game. The new-gen features are welcomed, but they don’t appear to enact such fundamental change to the underlying experience that last-gen players can’t stand beside those lucky enough to actually get their hands on a PS5 or Xbox Series X amidst record stock shortages.

When GTA 5 transitioned to PS4 and Xbox One in 2014, the news that last and current-gen players couldn’t enjoy the game together wasn’t met with resistance; GTA Online was in its infancy, struggling to settle as Rockstar pushed out of its comfort zone, and launching into an environment where cross-play between consoles and generations was little more than a fantasy shared by console gaming enthusiasts. In 2022, cross-gen and cross-platform play isn’t just a reality – it’s largely expected.

Barriers around traditional console ecosystems have been torn down, with Epic Games’ Fortnite and Rocket League playing an oversized role in eroding PlayStation’s resistance. Gearbox made headlines this week when it announced that Tiny Tina’s Wonderlands would launch with co-op that functions across all of its platforms – a feature that eluded Borderlands 3 in 2019. Change is happening on this front, as developers, publishers, and platform holders recognize the value in open borders. We’re at a point in time where players want to be able to play together, regardless of the box that they have sat underneath their television. The COVID-19 pandemic, forcing us into periods of extended isolation, only emphasized how empowering cross-generation and cross-platform experiences can be, particularly for the purposes of community building and keeping lines of communication open between groups of friends.

GTA Online is rich with authored content, perhaps more so than any game like it, but its scope has clearly extended far beyond whatever Rockstar had originally envisioned for it. It’s now a sandbox and a playground, a community hub and a space to relax; a place where you can escape the woes of the world – eat your heart out, Metaverse. It’s in this environment that GTA 5 launches on PS5 and Xbox Series X, and why it’s so surprising that the new-gen version of this iconic action game is set in a Los Santos-themed walled garden. Worse still, if you rushed to transfer your existing GTA Online character to the enhanced edition without realizing this limitation you have effectively locked yourself into a new ecosystem and thrown away the key, losing the ability to play with friends who have been unwilling or otherwise unable to secure a new console. GTA Online character migration is a permanent, one-time process, and who among us didn’t believe that we’d be playing GTA 6 by now, honestly.

The only way to play with friends cross-generation (and without migrating your character) is to download the original version of GTA 5 on your PS5 or Xbox Series X. That way, you’ll be able to keep up with your crew, but you won’t be able to take advantage of any of the new enhancements or improvements. It’s a disappointing trade off, to say the least.

Given that Grand Theft Auto 5 has so liberally crossed across console generations, in a way that few other online games ever have, it’s easy to understand why players expected cross-play between platforms, or at the very least give players the capacity to play within their ecosystems between generations. The PS5 and Xbox Series X are both expensive and in short supply, but games like Apex Legends, Destiny 2, Fortnite, and Warzone have shown that it’s possible to keep communities together at the dawn of a new generation and still giving each player the ability to enjoy the best version of the experience possible.

Like a great many of you, I was looking forward to returning to GTA Online for this new-gen release. The healthy state of the game – still regularly receiving new content, maintenance, and balance updates – makes it an obvious place to play after the battle royales of this world have lost some of their luster. And many in my friend group were anticipating the opportunity to get in on the action for the first time, with the standalone GTA Online available for free on PlayStation systems and at a reduced $9.99 price within the Xbox ecosystem for a limited time. But as the only one of my friends who has been able to secure a PS5, it’s left us trying to work around an unexpected schism.

But the folks I really feel for are those who have been playing GTA Online religiously, who have spent years anticipating the release of the enhanced edition. Because now they need to work out whether the new-gen improvements are worth the cost of leaving their friends behind. It’s something the community is struggling with, and will continue to push against, in the weeks ahead.

I understand why GTA Online has launched without cross-play support. Video games are complex creations, more challenging to build and maintain than we’ll ever fully appreciate. But that doesn’t mean that we can’t be disappointed when one of the biggest games of the decade arrives on a new console generation without the capacity to keep friend groups together, particularly at a time where the industry seems to appreciate the value in shared experiences regardless of platform allegiances.