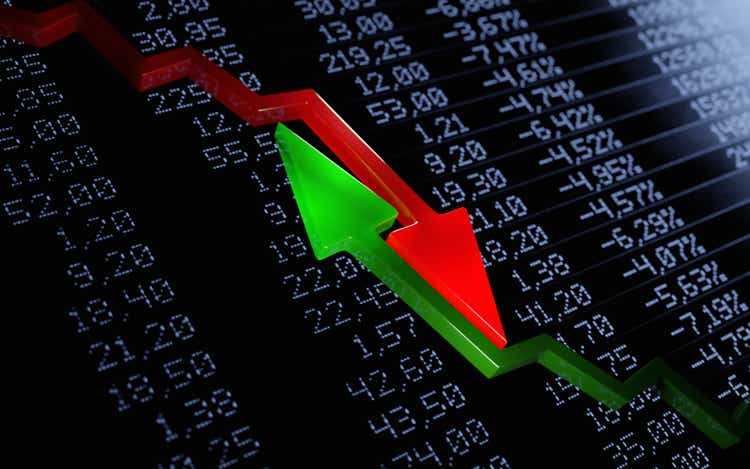 A blue February continues for Communications Services stocks, which spent another week in the doldrums.

Last week it was the worst-performing of the 11 S&P 500 sectors; this week, it was second-worst, dropping 2.5% as a group – and the Communication Services Select Sector SPDR Fund (NYSEARCA:XLC) dipped 2.7%.

That meant large-cap gainers were hard to come by, and they were dominated by the more defensive telecoms. Interpublic Group led all big companies with a 3.4% gain, but the rest of the top five were in overseas telecommunications: Brazil’s Telefónica Brasil, Taiwan’s Chunghwa Telecom, France’s Orange, and Canada’s Telus.

Those punished in the losers’ column were among the biggest stories of the week in Communications stocks. Roku (NASDAQ:ROKU) led decliners, falling 31.4% for the period, after a rough revenue miss with poor guidance led Wall Street analysts to cut their targets en masse Friday.

Roku ended up shedding billions in value, a full fifth of its market cap.

Just behind it among decliners, though, was Roblox (NYSE:RBLX), which fell 25.6% for the week. It started its slide after Tuesday earnings disappointed investors, and the stock tumbled 26.5% on Wednesday. Thursday seemed to bring a reprieve, but the stock fell 8.8% anew on Friday.

Sea Limited (NYSE:SE) also came in for punishment, starting the week down sharply as India acted to ban 54 apps it linked to Chinese origin (India counts Sea as Chinese-originated though it’s based in Singapore). Monday brought an 18.4% decline; Tuesday a nearly equally sharp rebound of 15.8%; but then the stock fizzled the rest of the week to end the period down 19.3% from the week before.

And the week wouldn’t be complete without mentioned a transformative earnings report for the company formerly known as ViacomCBS (VIAC). The company beat revenue expectations, but a high-stakes presentation showed it was changing its name and brand to Paramount (NASDAQ:PARA) and committing $6 billion in content spending – moves that dissuaded investors banking on an acquisition of the company by a bigger tech or streamer. The stock ended the week down 17.3%.