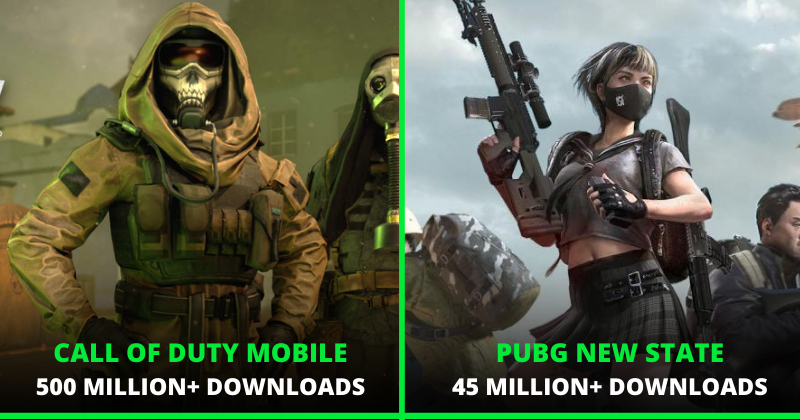 Garena Free Fire is one of the most popular battle royale games available on both Apple Store and PlayStore. The game enables players to strategise their gameplay by deciding their landing style, gear, and a number of other things. The multiplayer action-adventure game is free of cost and guarantees hours of pure entertainment for gamers. However, Garena isn’t the only free mobile game that you can enjoy for free.

From Call Of Duty Mobile to PUBG: New State, let’s take a look at other free mobile games similar to Garena Free Fire.

Fortnite Mobile is yet another popular battle royale game that is available on phones as well as PlayStation for free. The game was absent for a year from the Apple Store, but players can still play the game via streaming service GeForce Now.

PUBG made a much-awaited comeback in 2021 with PUBG New State. The game has enhanced graphics and retains the essence of the original mobile game that became one of the most-popular games on Steam.

PlayStation’s super-hit Call Of Duty franchise is available to play on phones as Call Of Duty mobile. With several updates since its launch in 2019, the game has most of the major features offered by the console version.

An animated version of PUBG, the game proves to be a pleasant experience. It has a 4.2 rating on Play Store  and  supports different graphic modes. The game includes many different skins and over 30 different weapons that players can choose from.

Another game that will remind you of PUBG, Hopeless Land is a game in which players compete to be the last one standing. The game can support upto 121 players in a single match.

A relatively smaller game when compared to Garena Free Fire, PUBG, etc, the Battlelands Royale supports 32 players in a single match. The game is perfect for you if you don’t believe much in strategising and just like to shoot your enemies straightaway.

Allowing five players in a single team and 100 players per match, Knives Out is yet another battle royale game that will keep you hooked for hours. It also has other interesting modes incase you are not in the mood for battle royale.