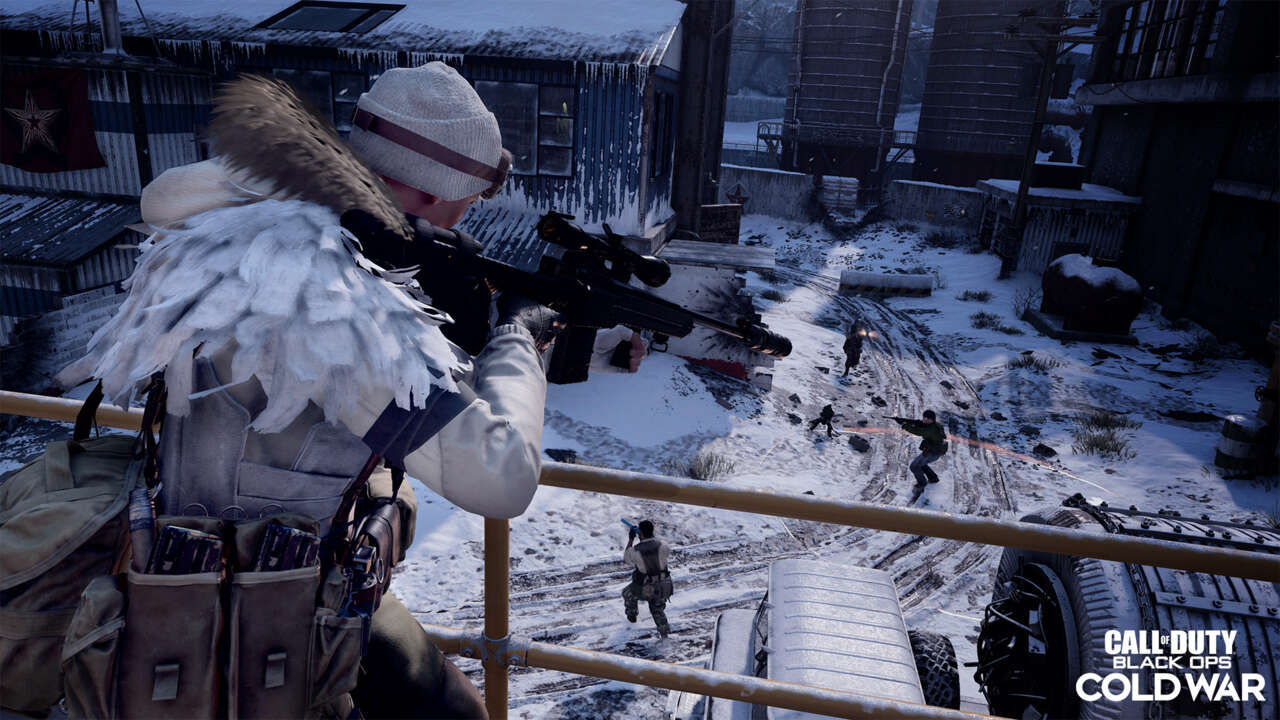 While the map being introduced into Black Ops Cold War is technically not a new map, players can enjoy a remastered version of Black Ops 1’s WMD map. The snowy map was originally set at an abandoned military facility, where a covert laboratory worked to weaponize Nova 6 chemicals.

WMD is a fan-favorite map with a design that is great for all playstyles. The map features verticality for snipers looking to perch up somewhere with a good view, buildings for close-quarters action, and open lines of sight for long-range gunfights.

As for the new weapon, Treyarch announced the addition of the Vargo 52 assault rifle, which is a gun many players were able to unlock early through an in-game challenge. Here’s how to unlock the new Vargo 52 assault rifle. The Vargo 52 is described as a full-auto assault rifle with a fast fire rate. The weapon is built for damage at mid-range fights, with improved muzzle velocity and reliable handling for steady firing control.

For players not interested in the game’s unlock challenge, a new bundle featuring the Vargo 52 is being added into the shop. The Ferrofluid weapon blueprint of the Vargo 52 can be obtained as part of the store’s new Tracer Pack: Ferro Fury Reactive Mastercraft bundle. The bundle will be live on March 4 in the Black Ops Cold War and Warzone in-game stores. This is an eight-item bundle that also includes two other weapon blueprints, a charm, calling card, sticker, reticle, and gesture.

While new content may seem surprising for an older Call of Duty game, players have also seen Black Ops 1’s Jungle map appear in the game files with WMD prior to this announcement. It’s likely Black Ops Cold War could get more maps, weapons, and bundles in the future.