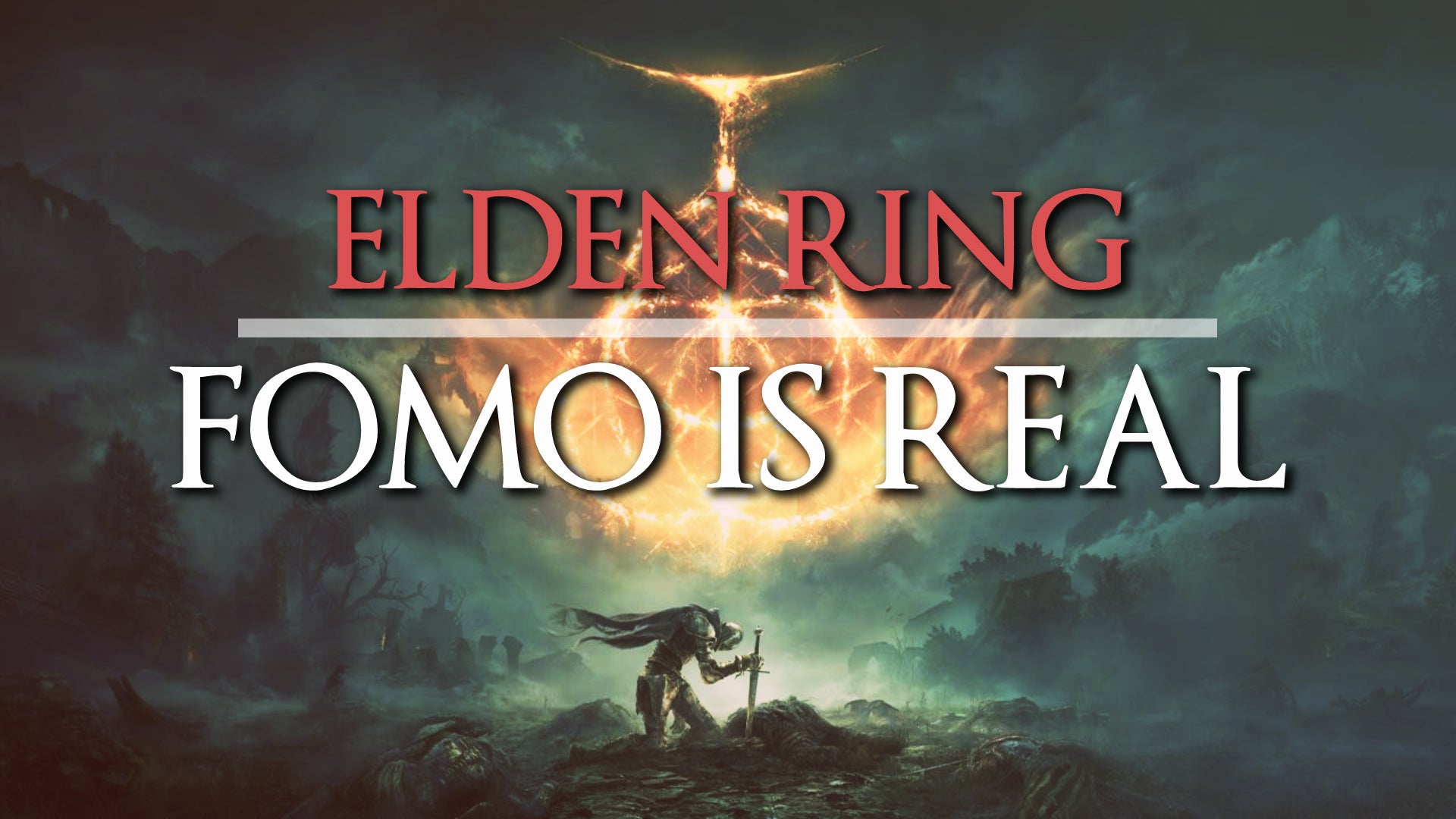 I think I’ve fallen for the hype.

I admit that this feeling arrived rather out of the blue. Tell me the name of a Souls boss and I’d likely think it was a character from Lord of the Rings or some sci-fi soap opera nonsense like The Expanse. Elden Ring might as well have been the next Peppa Pig game as far as I was concerned. In fact, when Elden Ring was announced, I’d have probably bought that game for my son. More “git gud” self-inflicted pain? Not for me. I was out.

My overriding memory of Dark Souls is not too dissimilar to a sausage in a chip shop. I got battered. It was a large armored boar that did me in, ironically. Perhaps if he’d known that most of the sausages I’d eaten were made of horse or something, he’d have been a little less violent. Anyway, I rarely eat meat these days, so maybe we should reconnect.

Bloodborne, I had more time for, largely because its setting is so dark and grandiose. I’ll admit that I watched it being played more than I played it, and yet I could feel the frustration emanating from some of the battles. Side note: repeatedly hitting a musical triangle isn’t the best way to bring calmness to a situation like that.

Dark Souls 2 and 3, I honestly can’t say if I played. I suspect I did, briefly, in the hope I’d somehow have changed my ways and become more intune with the gameplay style the games demand of the player. Then no doubt I headed straight to Twitter to say something cutting like: “Dark Souls 3… Bored Souls, more like. Amirite?” and got 5 million RTs.

PS5 exclusive launch title, Demon’s Souls, tempted me with its ludicrously good-looking visuals. But I apparently chose the wrong class to make it good (or something), and got so distracted taking screenshots I didn’t get far, before a dragon (Smaug?) got in my way and I gave up. Life’s too short, and all that.. is what I tell myself, ignoring the amount of time I’ve spent guessing five-letter words in the last two months.

Which brings me neatly to Elden Ring. I had seemingly been immune to the hype, for I did not enjoy the Souls games. The terms Soulslike instantly made me turn up my nose at whatever games carried that bumper sticker, so why am I edging closer and closer to pre-ordering Elden Ring?

A bus shouldn’t have had such a strong impact on me. I see them all the time. I see ads plastered all over them… all the time. Yet the Elden Ring bus hit me differently. This game, practically a myth for years, spoken about in whispers and over blurry gif-like videos, is actually real. What’s more, it’s releasing very soon. What’s wrong with me?


Of course, previews like Alex’s here, suggesting that Elden Ring is going to be an all-time great, and that he got a similar feeling playing it as he did while playing Breath of the Wild, add to the mix. But really, it’s the bus. It’s seriously good ad wrap they’ve got there, and it’s driven home a feeling that I should, need, to be part of the Elden Ring experience at launch. I generally get FOMO when someone says they’re eating a Twix or something, but I’ve got it proper for Elden Ring.

In terms of actual exposure to the game, I’ve seen very little. But the open nature of the world appeals to me for some reason. It’s almost as if I feel like I’ll be safer in Elden Ring than in other Souls games, because I’ll have more places to run to.

But finally, let us not forget the horse. Elden Ring has a horse that can double jump. Drops mic.