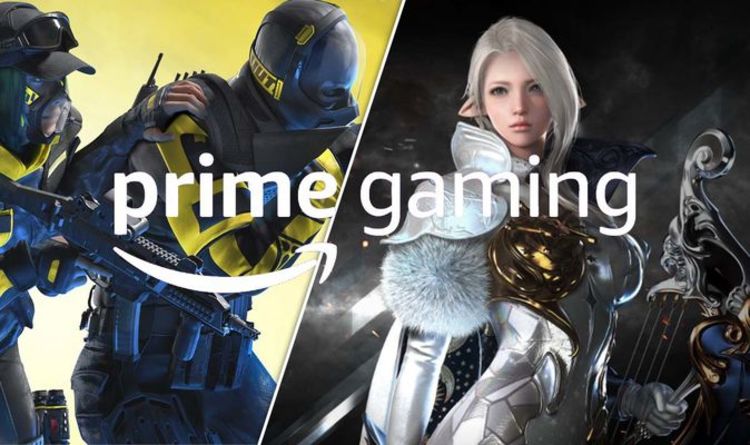 
Prime Gaming members have found out the exclusive rewards they’ll be able to pick up in February 2022. Five free games will be available with Prime Gaming in February 2022, with Stellaris, Ashwalkers: A Survival Journey, As Far As The Eye, Double Kick Heroes and Golazo! Soccer League available for subscribers to play without paying a single extra penny. Elsewhere, Amazon will be dropping a tonne of free bonuses for Prime Gaming members, including exclusive content for upcoming Amazon Games RPG Lost Ark, FIFA 22, Rainbow Six Extraction and more.

To celebrate the release of the new RPG Prime Gaming subscribers will be able to get hold of exclusive content to help them on their adventure.

The Prime Gaming freebies for Lost Ark include a Battle Pack Item with a Crystaline Aura, Amethyst Shard Pack and Battle Chest Bundle.

Elsewhere, Prime Gaming subscribers will be able to get exclusive content for the recently released Ubisoft game Rainbow Six Extraction in February 2022.

Prime members will be able to get a free Rubicon Phase Bundle, featuring an exclusive headgear and uniform for all 18 Operators.

Other freebies included with Prime Gaming in February 2022 will be available for GTA Online, Call of Duty, Roblox, Fall Guys, Rainbow Six Siege and Dead by Daylight.

If you’ve run out of things to play then Prime Gaming will be able to help you out too. That’s because the free games available with Prime Gaming in February will be available at the start of the month. Here are more details on these titles…

Stellaris – Explore a galaxy full of wonders as player’s interact with diverse alien races, discover strange new worlds with unexpected events and expand the reach of the empire through the limitless possibilities in this sci-fi grand strategy game.

Ashwalkers: A Survival Journey – Embark on a survival journey through a harsh world with no rules or judgment as gamers manage a party, food and equipment, as well as face moral dilemmas from a non-linear narrative survival sim with 34 possible endings.

As Far As The Eye – Construct a mobile village and travel with a tribe to the center of the world in this roguelike turn-based resource-management game filled with procedural situations, natural events, skill-trees and hard choices.

Double Kick Heroes – Survive on the highway to hell by butchering loads of zombies throughout 24 levels of pure madness.

Golazo! Soccer League – Have lots of pure fun with this dynamic arcade football game fitted with medium-sized fields, no fouls and no offsides whistled.