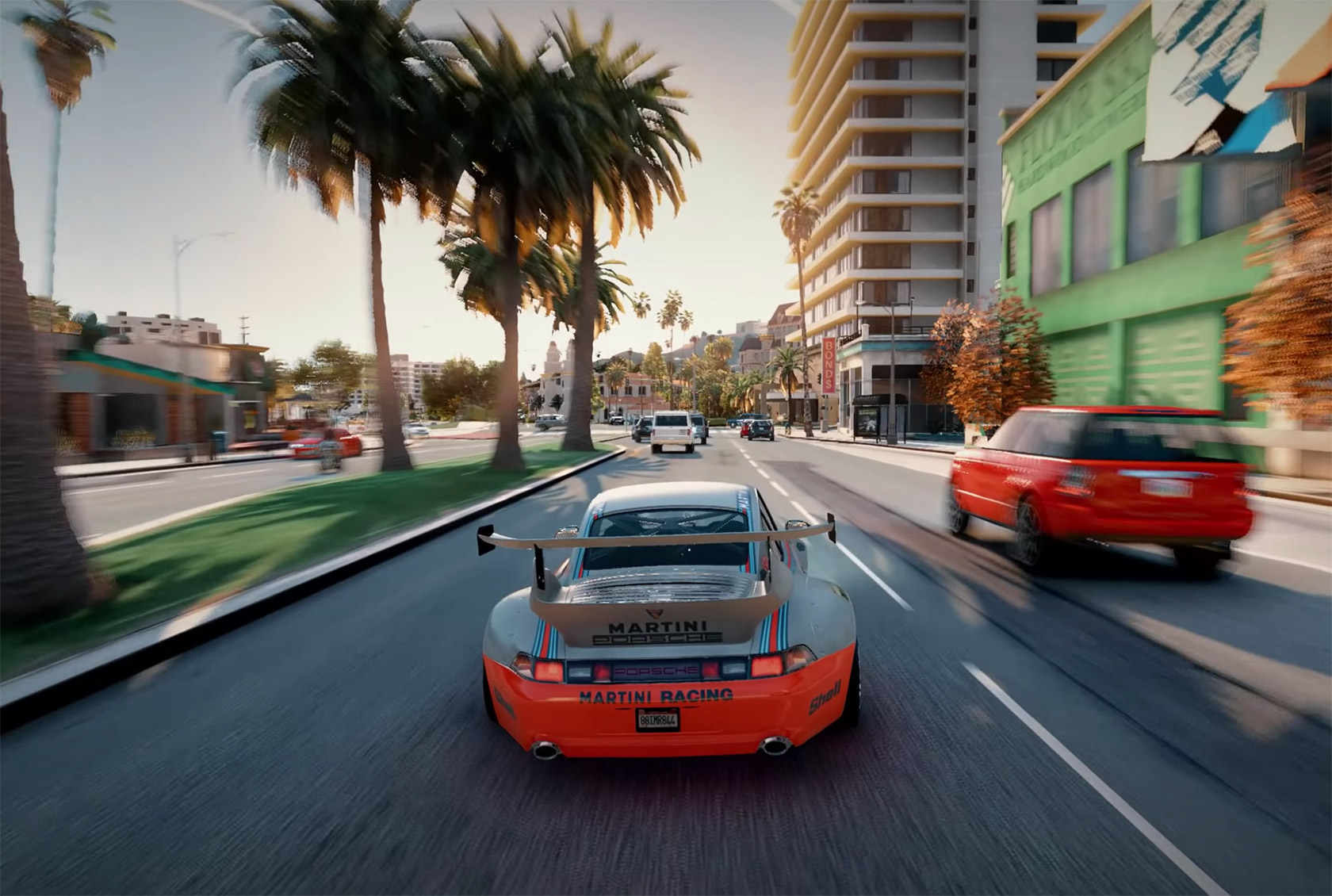 
With extended-restriction rumours brewing on the horizon here in Hong Kong, it looks like we’re going to need to stock up on some stay-at-home activities. These brand new video game releases should do the trick.

A host of new and remastered editions are among the new video games releasing in March 2022. Covering all major platforms, including PS4, PS5, Xbox One, PC and Nintendo Switch, these releases take players into diverse worlds ranging from immersive discoveries to high-octane action.

WWE 2K22 is among the most exciting video games set to release in March 2022. Fans of arcade gaming as well as WWE are always eager to try the moves of their favourite wrestlers. Of course, who doesn’t like to apply a ‘rock bottom’?

Following WWE 2K22 is Grand Theft Auto V Remastered, which is designed specifically for PlayStation 5 and Xbox Series X/S. This game is particularly noteworthy because of the special fandom that GTA V commands.

In some cases, the video game release dates were pushed back from their original schedule. This is why fans hope that the wait for the titles is worth it.

However, the fact to be noted is that the list of new video games releasing in March 2022 is not as packed with highly interesting offerings as the month of February when gamers were able to lay hands on a series of much anticipated titles such as Destiny 2: The Witch Queen, CrossfireX, Horizon Forbidden West, and The King of Fighters in quick succession.

Game On this March:

FAR: Changing Tides is the sequel to FAR: Lone Sails which was released in 2018. Like the predecessor, the game continues in a dystopian world where water covers most of the planet.

The game’s protagonist is a young boy who goes on an adventure in a sailing submarine-like vessel that can also commute on land.

The objective of the game is to find lost relics, fuel for the vessel, solve puzzles to progress and keep the ship functioning through storms and mechanical damages. A unique feature of the game, which has been developed by Okomotive, is its hand-painted locations, which range from seashores to basins in valleys of flooded forests.

Developed by Polyphony Digital and published by Sony Interactive Entertainment, Gran Turismo 7 arrives in the 25th anniversary year of the iconic game. Labelled “the real driving simulator”, the same tagline that was used at the release of the first Gran Turismo, the seventh edition of the simulation racer is designed to make the experience more competitive and informative at the same time.

There are numerous game modes to choose from: Arcade, Driving School and GT Campaign, among others. The game brings back the GT Simulation Mode, which lets players customise and trade cars and unlock new ones while playing the solo campaign. The GT Sport Mode is for those who like one-on-one competitions.

The game is designed to give the best of fun to all kinds of gamers, including those who have a special interest in the design aspects of cars such as tuners and livery creators. There are over 420 cars to play with and over 90 tracks to race on including the famous ones that appeared in earlier GT games.

Triangle Strategy is a Japanese role-playing game (JRPG) in which the player gets to command a group of warriors. The objective is to win a grand conflict between three nations using a mix of strategy and timely choices.

There are over 20 player characters to control. Each has a different skill set, which can be employed depending on the situation in the game. Any decision influences either of the three convictions: Utility, Morality or Liberty. Allies can be recruited based on how influential the convictions are for the player character.

One of the most anticipated games of 2022, WWE 2K22 is pure pro-wrestling in high definition.

Part of the long-running game series featuring WWE wrestlers and other superstars who graced the ‘squared circle’, the game is developed by Visual Concepts. Once again, the highlight of the game is its graphics.

Every WWE wrestler looks even more realistic than before with respect to every detail of the ripped bodies. The other exciting factor is the presence of playable icons such as The Rock, Brock Lesnar, Sasha Banks and Machine Gun Kelly. Its special 2K Showcase highlights the career of Rey Mysterio.

For the first time in the game series, WWE has introduced a MyFACTION section in which players can collect, upgrade and manage WWE Superstars. Players can also create their own character using Creation Suite.

Grand Theft Auto V Remastered is set to be one of the biggest Xbox games of 2022 as well as a major video game release on PS5. Created by Rockstar Games, the GTA series is one of the most successful game franchises in history.

GTA 5 was originally released in 2013 and has sold over 140 million copies since, making it one of the highest-selling video games of all time. The Remastered edition has been described by Rockstar as “expanded and enhanced” with “new features and more”. However, though it is not clear exactly as to what these features are, the overall story and gameplay is likely to remain the same.

One of the most anticipated upcoming Xbox video games is this Indie action-adventure game developed by Andrew Shouldice.

It revolves around a little fox navigating a fantastical world full of catacombs, forests, magic, hidden treasures, ancient powers and monsters. The fox is armed with a sword and shield, like a knight.

It must solve puzzles, unlock items and fight its way out of the world. The game took six years to develop and lets players explore the fox’s world at an explorative and leisurely pace. The artwork makes the game environment appear like a fairy tale.

For the first time in 35 years, a Final Fantasy game is moving away from its traditional RPG genre and into a pure action genre.

As such Stranger Of Paradise Final Fantasy Origin is also a highly anticipated video game of 2022. Published by Square Enix and co-developed by Team Ninja and Koei Tecmo Games, it revolves around the main character Jack and his struggle to defeat the antagonist named Chaos.

Battles are fought with magic and weapons, including the likes of greatswords, daggers and spears. The game can also be played in co-operative online multiplayer mode with up to three players.

From developers Cloisters Interactive and publisher Annapurna Interactive, A Memoir Blue is unlike any other game. It is about the personal journey of a superstar swimmer, Miriam, who takes a deep dive into her memories to reconnect with her past and the complicated relationship she had with her mother.

As such, the game is more of an idyllic adventure for those who love poetic storytelling through moving visual arts. The story, as Annapurna Interactive hints, is an emotional one full of sacrifice and heartbreak.

The artwork is pleasingly beautiful, complimenting the depiction of emotions through tastefully coloured vignettes showing the principal character exploring her own memories. The art is a combination of hand-drawn and 3D.

The first-person shooter action RPG is developed by Gearbox Software and published by 2K. The adventure is set in a fantasy world.

The player character can use weapons of both modern kinds such as guns and medieval broadswords, besides magic to take on the challenges and the enemies.

The quest is to defeat the Dragon Lord with help from characters such as captain Valentine and robot Frette. Tiny Tina is a disorderly guide through the realm of dark forests and expansive cities.

Weird West is primarily an action RPG but has elements of the immersive sim genre. Player characters can interact with the non-playable characters and their decisions have immutable consequences.

To make the game difficult, developer Wolfeye Studios made it impossible to undo actions during the game by respawning and made deaths of characters permanent if certain actions are not taken. Devolver Digital is the publisher of the game.